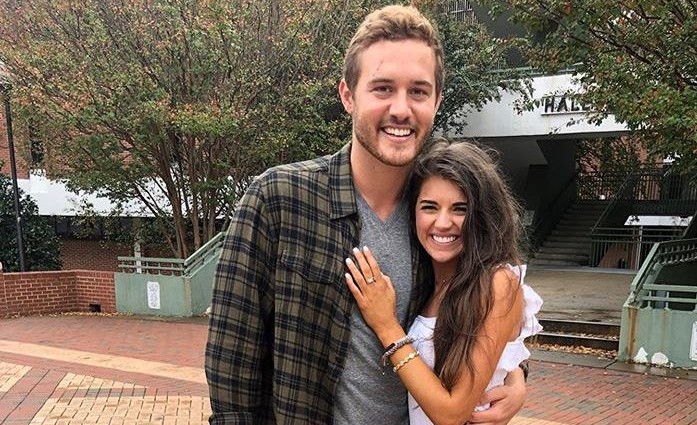 To say The Bachelor finale was a train-wreck one just couldn’t take their eyes off is an understatement. Peter Weber’s dramatic season came to an awful end Tuesday night. Fans watched Hannah Ann Sluss get her heart broke. Then they watched as production manipulated the situation to get Peter and Madison Prewett back together. Barbara Weber was having none of that and voiced exactly what she thought of Peter and Madison’s relationship. Following the live television broadcast of After the Final Rose, Madison’s dad took to Twitter to stand up for his daughter.

Madison’s Dad stands up for her…..again

E!News shared exactly what Madi’s dad had to say following his daughter being called out by Barb. Chad Prewett went to Twitter to share his thoughts. He said, “Proud is an understatement. I believe in you and support you always Madi Rose!” He also retweeted a post that read “#TeamMadison.”

Madison replied to her dad saying, “Love you so much.”

It didn’t stop there. Chad also liked multiple posts on Twitter that supported Madison and slammed Barbara, as reported by US Weekly. Another tweet read, “Dear @BachelorABC, can someone please tell Peter’s mom that we also understand Spanish? I hope Madison and Peter have a very happy life together if for no other reason than to spite her. #BachelorFinale #petersmom #MadisonPrewett.” He also liked this one.

There was tons of drama on The Bachelor season finale

Barbara did not hold back her feelings about Madison and Peter Tuesday night. She even rolled her eyes when Chris Harrison talked with Madison and she said she couldn’t eat or sleep. Barbara ultimately said, “He’s going to have to fail to succeed. Everyone that knows him knows it’s not going to work.” She said this after Peter and Madison announced plans to try and make their relationship work.

Madison stood up to Barbara and said, “This is my journey too. This isn’t just Peter choosing me, this is me choosing Peter. At this point, I don’t feel like it’s right to sit here and rehash all the things in the past. Honestly, this is about me and Peter, our journey, just he and I should be talking about this. Peter also voiced to his mother that he loved Madison and that should be enough.

Of course not everyone disagreed with Barbara. Some tweeted, “I’m #teambarb and these tweets are about her are insane. she has literally said NOTHING cruel about Madison, she’s just stating her truth and the obvious facts. Another fan tweeted, “Y’all. Stop hating on Barb! She’s being realistic while everyone else just wants a happily ever after #TeamBarb #TheBachelor.”

Time will tell how long Peter and Madison will stay together. Most do not believe it will be for long.