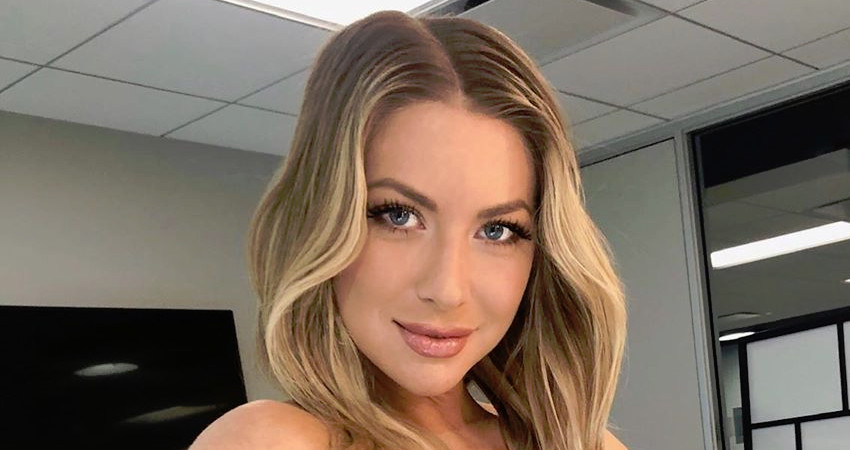 Vanderpump Rules is in the middle of a VERY dramatic Season 8. Jax Taylor and Brittany Cartwright are on the outs with Tom Sandoval. Plus, Stassi Schroeder, Katie Maloney-Schwartz and Kristen Doute are no longer the ‘Witches of WeHo.’

However, a hilarious and all-too-brief feud also went down between rapper 50 Cent and Randall Emmett. It all went down on social media last year.

Now fans want to know if some of it will play out on camera. VPR’s Stassi has the answer.

At the time, Randall wasn’t yet part of the VPR cast. However, his fiancee Lala Kent was and 50 Cent went after her during the feud, too.

A calm weekend in April of 2019 quickly turned into one of the most epic celebrity feuds of all time. A furious 50 Cent took to his social media to call out film producer Randall Emmett for owing him money.

50 Cent (real name: Curtis Jackson) gave Randall until the following Monday to pay back $1 million. Before the weekend was over, Lala would be dragged into the feud. Plus an iconic typo was made and Randall ended up in the hospital with chest pains.

After calling Randall out on social media, 50 Cent posted screenshots of texts the Hollywood mogul sent, basically begging the rapper to call off the feud.

During the frenzied text exchange, Randall mistakenly wrote “fifty” as “fofty,” creating one of the best accidental nicknames ever. 50 Cent jumped on the opportunity and started selling merchandise with the moniker on it.

Omg everyone run to 50 cent’s Instagram. He is going off on Randall and Lala! I love I love a good celebrity feud. Randall having money issues? #PumpRules pic.twitter.com/ivwsp6c8Vj

At one point, 50 Cent posted a video clip of a scene from Vanderpump Rules. In the scene, Lala is telling her co-stars about how she met Randall. Close your eyes, kids. It’s not a story for children.

Basically, they met, they had intimate relations that night and the next morning, he bought her a car.

The feud was over almost as soon as it began, but Randall and Lala will never live it down.

I got my money, so I have no problem with Randall Emmett, in fact I’m wishing him and his family a very blessed day. 😏positive vibes now guys. LOL #lecheminduroi #bransoncognac #bellator pic.twitter.com/ieFjoLrVUc

Lala briefly reignited the feud at the end of the summer. In return, 50 cent accused her of being a cocaine addict.

Will Lala or Randall Address Feud on Season 8?

Vanderpump Rules was filming at the time of the feud and there is likely footage. But will it ever see the light of day?

In a recent interview with Yahoo! Lifestyle, Stassi broke some bad news to fans. No, viewers won’t see anything of the feud. The best-selling author chalks it up to legal issues. She says,

There was so much legal stuff going on with that, that you couldn’t show it.”

The feud WAS at least mentioned in an early episode this season. VPR star James Kennedy apologized to Lala for making fun of the feud on his social media.

The issue caused a falling out between the friends, just after they’d finally put a tense Season 7 behind them.

VPR Stars Heading to The Real Housewives of Beverly Hills?

During her interview with Yahoo!, Stassi addressed fan speculation that she and Lala would join RHOBH after their respective weddings. (Lala is set to marry Randall in April, while Stassi has an October wedding to Beau Clark.)

As much as fans would love to see it happen, Stassi shut down the rumor completely. Stassi points out that unlike VPR, the casts of the Housewives franchises aren’t friends in real life. They don’t hang out.

The cast of Vanderpump Rules were friends and worked together at SUR long before Bravo came calling for a RHOBH spin-off.

Stassi is, however, friends with Teddi Mellencamp. TV Shows Ace reports that both Teddi and former RHOBH star Lisa Vanderpump are invited to her wedding. Awkward!