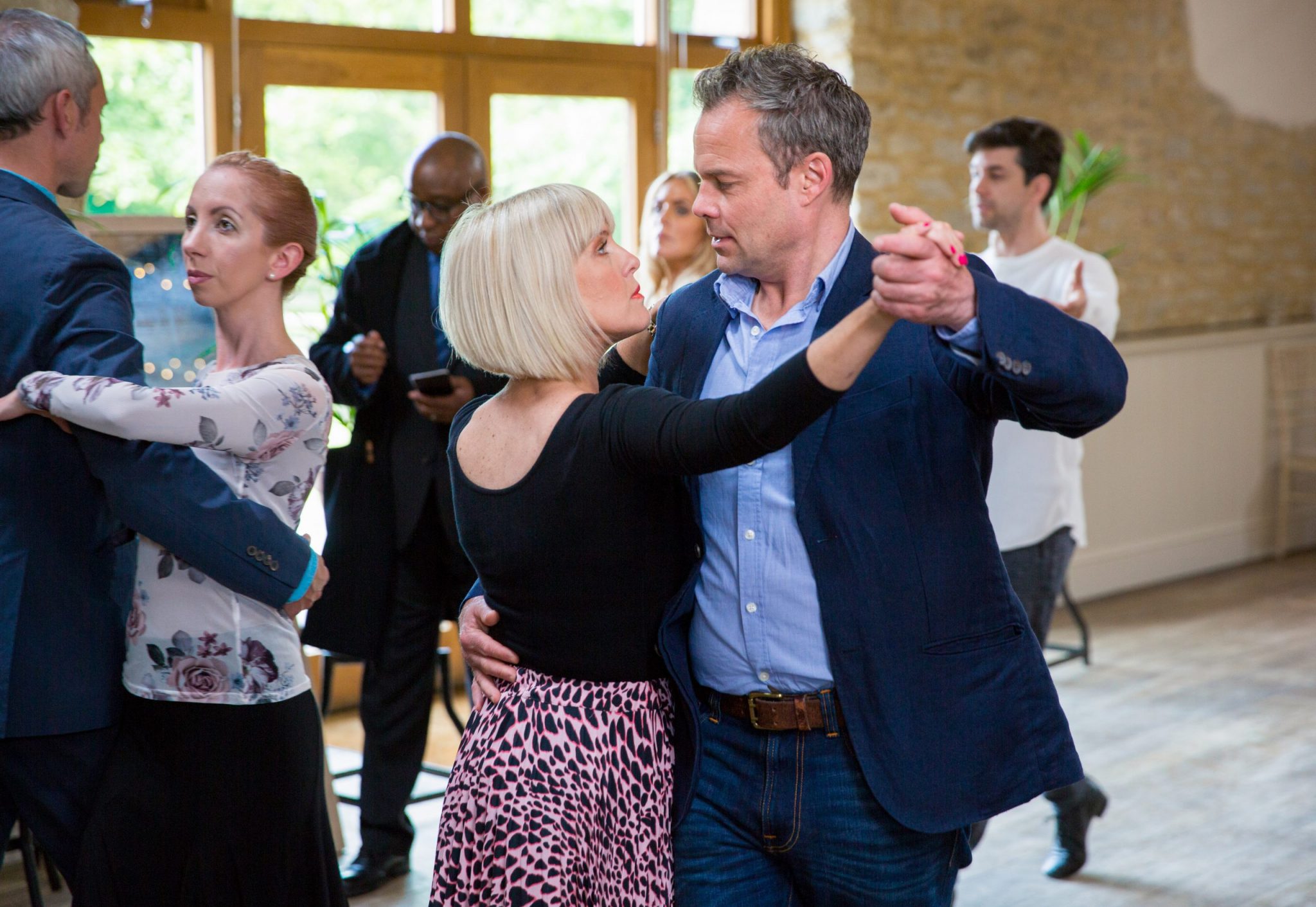 Agatha Raisin fans, are you ready to return to Carsley? On Monday, February 10, Acorn TV is finally releasing the second episode of Season 3, with The Deadly Dance. This 90-minute episode returns to the breathtaking English Cotswolds where our retired advertising wiz turned sleuth, Agatha Raisin (Ashley Jensen) solves crimes. Aggie just wants to fit in and by being smarter than the local police force, she has won over a fabulous group of local friends.

As TV Shows Ace has shared, the first movie, The Haunted House, was released before Halloween. It has been over three months now and finally, the remaining three episodes will drop in February. On February 10, Acorn TV drops The Deadly Dance. On February 17, The Love from Hell. Lastly, on February 24, Acorn TV will drop the final Season 3 episode, Agatha Raisin & the Pig That Turned.

What happens in The Deadly Dance? Here is a short preview. Be forewarned, there are mild spoilers in the description ahead.

In which I murder the tango. https://t.co/QQyDmRRhK1

What Is The Deadly Dance About?

What is The Deadly Dance about? Everything starts out blissful. Agatha wakes up to a delectable breakfast prepared by James (Jamie Glover). Immediately suspicious, she figures out that James has hidden a highly anticipated article on her business. This is because it is incredibly unflattering. Turns out, Inspector Wilkes (Jason Barnett) has been trash talking the successful new sleuth. He claims she is an amateur who just got a little bit lucky.

Agatha is now determined to prove him wrong. She dashes out the door of their love nest, just as James shyly asks her to read his war history manuscript. It is clear that there is something awry in their cozy Cotswolds paradise. The newly reunited couple are not connecting.

Aggie arrives to her converted church, now the headquarters of the Agatha Raisin Detective Agency. Who says that any publicity is good publicity, because all of her booked clients have canceled their appointments. But, Charles (Jason Merrells) comes to the rescue! He brings his friend Tiggy Laggat-Brown (Anna Wilson-Jones) around. Turns out, Tiggy’s daughter, Cassandra (Abigail Carter-Simpson) is being threatened if she goes through with her engagement.

Will this be the way for Agatha to restore her reputation? Turns out, it is.

Agatha Tangoes Her Way To Success

At the engagement party, Agatha becomes the focus. First, because she is a dead ringer for the local tango instructor’s deceased wife. And second, because Agatha discovers it is not Cassandra who is the target, but Tiggy! When the fireworks burst early, in the midst of Tiggy’s speech, Agatha notes a red dot beaming on Tiggy’s head. Agatha bravely saves her life, but everyone thinks that Aggie is is doing a PR stunt.

The next day, the police find casings and prove Agatha right. But can the savvy sleuth solve the crime before bodies pile up? Will Aggie and James tango themselves back into love?

Be sure to check back with TV Shows Ace on the latest Agatha Raisin news. Acorn TV is dropping Agatha Raisin & The Dance of Death on February 10.