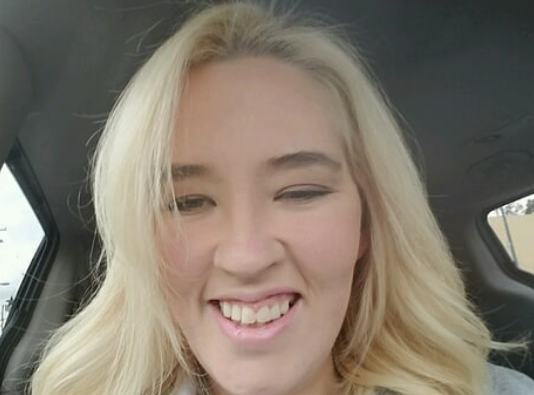 Mama June Shannon and her family are back! Fans might have been missing the drama from Mama June, Honey Boo Boo (Alana Thompson), and the rest of the family. The family’s new show is called Mama June: From Not to Hot: Family Crisis. Previously, it had seemed like the show was canceled.

If you’ve been following Mama June, you might know that she’s been in trouble. She and her boyfriend Geno Doak were previously living in a casino. They were also arrested for drug possession. They even destroyed a hotel room. These are only a few of the challenges Mama June and Geno have been involved in.

To make things worse, the reality TV mom was separated from the rest of her family. Some of her followers would say that’s for the best for her kids though.

Because of Mama June’s unstable situation, Honey Boo Boo went to live with her sister Pumpkin (Lauryn Shannon). The girls staged an intervention. So, they checked her into an in-patient treatment facility. Shortly after, she checked herself out.

In January, she discussed her family’s struggles. She said, “Well decided to get back at it im not saying im.perfect as everyday is a [struggle] n some days i just want to disappear. Even though me n kids arent still seeing each other n its [been] very hard on all of us but i hope one day that will [change] as i want them to know i miss n love them very much.”

Teaser for Mama June: From Not to Hot: Family Crisis

On Alana’s Instagram page, she shared the teaser trailer for the show. The whole trailer features Honey Boo Boo. She’s sitting in a kitchen eating a bowl of cereal. On the milk carton in front of her, there’s a picture of her missing mom. In the trailer, a voiceover asks, “What’s it going to be like when Mama finally comes home?”

It’s a short clip so it doesn’t give a lot of details about the show. But, it is only the first trailer so there are likely more clips and details to come. Be on the lookout for more news about the show.

You can watch the teaser here on Honey Boo Boo’s Instagram. Her sister Pumpkin also shared it.

The show will air on WEtv in March 2020. Stay tuned for more updates about the show and its stars. More details will be revealed as the show’s premiere gets closer.

Will you be watching Mama June: From Not to Hot: Family Crisis? What do you expect from the new show? Leave a comment below.