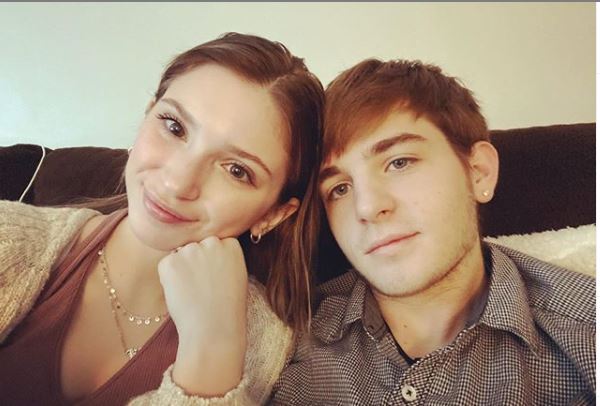 It turns out that Caelan Morrison and Mckayla Adkins of Unexpected have split once again. He went to his Instagram today and shared a live video about what is going on. He says that she tells her grandparents and other people lies about him.

Caelan of Unexpected shares the details

As of yesterday, Mckayla left him again. He said they have been to counseling. They have a house together again and he says doctors are saying she has “personality disorder.” Now, he is giving her two days to leave. He also shared that she is across the street at her grandparents and won’t let him see the kids. He wanted to let the world know what is going on.

According to Caelan, after she went to counseling she made the decision that she wanted to break up with him. He said that he even bought her a ring and proposed once again, but things aren’t going well for them. He even went as far as to say she owes money to the government because her grandparents claimed the kids on their taxes.

McKayla is already moving on

Caelan says she loves him one day and the next day she won’t speak to him. He went on to say that her entire family is messaging him. Caelan says he logged into her Instagram account and found where she has already been messaging new guys and is saying that they broke up weeks ago. It is also their daughter’s birthday, but right now he isn’t getting to see his little girl. So far, at the time of this post Mckayla hasn’t shared anything.

Caelen then shared a video that had Mckayla’s brother Dylan in it. He was over at the house talking about how he feels like Caelen needs to leave, but his name is on the paperwork to rent the house. Caelen explained they need to come to an agreement on who will leave. His mother Shelly was also there arguing along with them. He explained that Mckayla spends her money on tattoos, and hair dye. Shelly also said that Mckayla has talked about cutting her grandparents out of her life, but she feels like she just needs to set boundaries. Caelen also said that her grandpas has choked him out and also Mckalya’s brother in the past.

Shelly shared that she showed up to get the kids because Mckayla told her she could, but now she isn’t letting her have them.