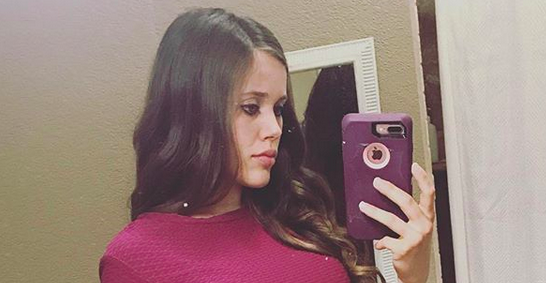 Jessa Duggar Seewald started her own YouTube channel a while ago. But, she’s been posting more frequently than she was before. The mom-of-three has become somewhat popular because of the videos she shares. She definitely has a good fan base on social media, which helps her videos to gain a lot of attention too.

So far, Jessa’s videos have been mostly about her kids. Jessa has three kids, Spurgeon, Henry, and Ivy. On YouTube, she’s talked about picky eaters and thrifting. She’s also shown her fans how she cuts both her boys’ hair at home.

When Jessa shares new videos on YouTube, she gets a lot of support from Counting On viewers. They enjoy seeing what she and her family are up to when the show isn’t airing on TLC.

Now, Jessa’s at it again with a new video. She shared this video on Tuesday, January 28. On Instagram, she talked about a treehouse she built for her kids. She wrote, “Two summers ago we built a little tree fort in our backyard using leftover privacy fence and a bundle of lumber we found on sale at Lowes. The whole project cost less than $100!
It’s been so fun for the boys and their friends to play on when we’re spending time in our backyard!
I made a little video sharing about this simple DIY project, and how it all came together! ”

In Jessa’s video, she shares how she built the treehouse for her kids. She had already built it prior to filming the video, but she walked her followers through the process so they could see what she did. The video is nearly 20 minutes long because Jessa is thorough and gives viewers a detailed description of the whole process.

In response to this video, Duggar fans are blown away. They love how the treehouse looks and think that it’s a great place for the kids to play. They also mentioned that the kids will make amazing memories in the treehouse growing up.

A few fans shared that they are impressed with Jessa’s skills. They think she can do anything. These fans hope to see some of Jessa’s other skills on her YouTube channel soon.

Jessa, along with the rest of the Duggar family, is very creative. Several members of the family are into renovating and flipping homes. Jana is especially into renovating and interior design. Fans have even asked HGTV and TLC to give her her own show.

What do you think of this treehouse tutorial? Will you be building a treehouse for your kids? Leave a comment below.