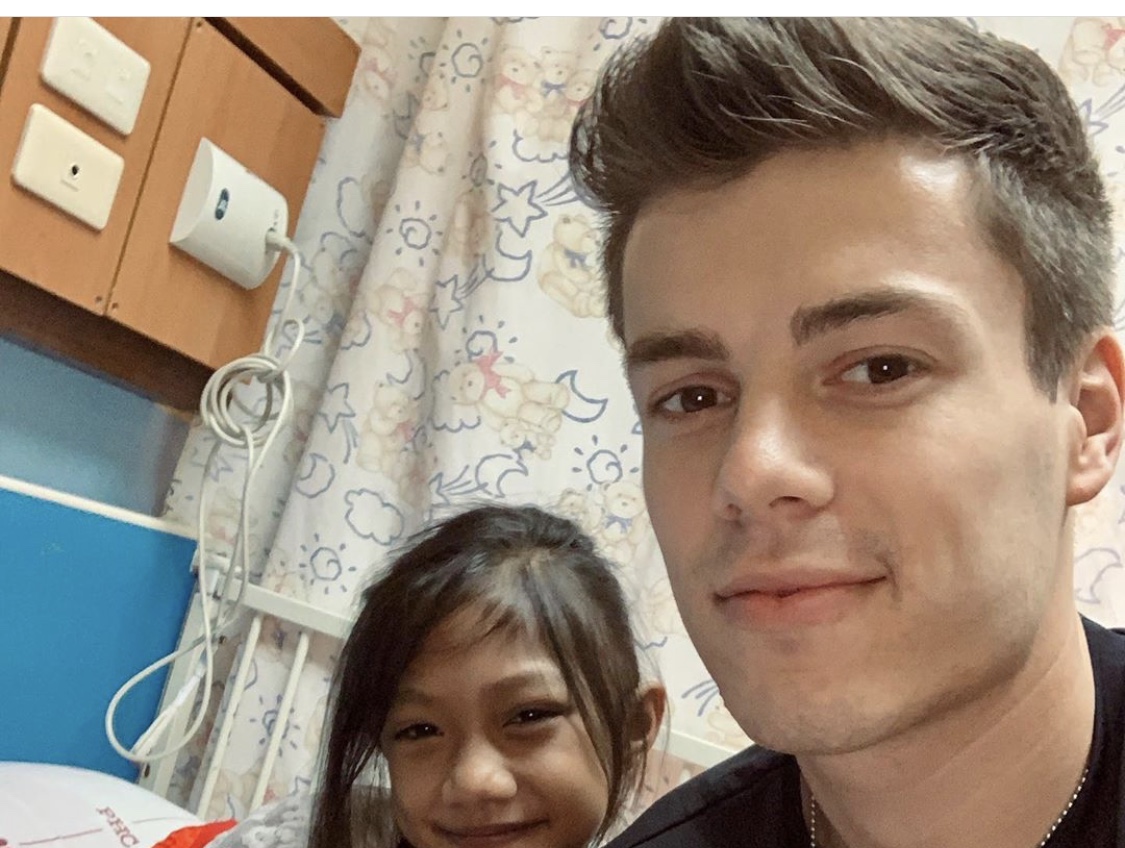 Right now, Lawson Bates, 27, of Bringing Up Bates is working to raise money for a little girl in need. After asking for donations, a follower had some questions. Then, Lawson’s parents clapped back.

On social media, Lawson has been asking for help to save a 10-year-old girl names Esther. She lives in the Philippines. The Bringing Up Bates star revealed that Esther is in need of a life-saving operation because she has a congenital heart defect.

So, Lawson set up a GoFundMe to raise money for this operation. When people use GoFundMe, they tend to get mixed responses. Most of the Bringing Up Bates fans who follow Lawson have responded well and have offered to help. He shared that the cost of the operation and recovery care in the United States is $164,000.

Many people have been sharing the posts Lawson has shared about Esther. Several members of the Duggar family have also shared the posts in their Instagram stories or on their social media pages. Because the family has so many followers on social media, they probably helped a lot.

Bringing Up Bates family claps back at fan questioning fundraiser

Over the weekend, Lawson shared another post about Esther. He revealed that the GoFundMe was halfway to its goal. As of Tuesday morning, $64,848 of the $100,000 goal has been raised.

On his recent post, a Bringing Up Bates fan commented and said, “I have a question and I’m not trying to start any agreements this a light question. While alot and I do mean alot of people have donated for this little girl has @lawbates and the rest of the Bates family donated to help this little girl while he has us fans to help has any of them donated?”

Friends, we are over HALFWAY to the goal for this precious child’s Life-Saving heart operation! We urgently NEED to make the total goal as soon as possible. We’re not giving up, because 1) We have faith in the God of miracles! Esther surviving this critical congenital defect to 10 years old is a miracle in and of itself, and I know God has amazing plans for her future. 2) When we lift up our burdens in prayer to the Lord, we can know that God hears those prayers and is touched by our infirmities. 3) God is already doing amazing things in and through YOU. Together we’re already over 50k raised 🙏🏽 . We NEED to make the full goal as soon as possible, and I know that together we can and WILL. Thank you for your kindness, generosity, and empathy toward a child and her family, who can never repay you, but will be forever grateful. Continue to pray for Esther’s medical stability, her clearance for travel, and that we achieve this goal to save her life ASAP 🤍 I’ll continue to keep you posted, ttys LINK IN BIO Much love, – LB

“As a matter of fact, each of us HAVE and CONTINUE to do so. We have bought plane tickets, medical tests, visa appointments, food, clothing, and continue to give regularly to our church and the gofundme. Lawson has put his work and music career on hold since November to help out. He practically empties his account every time he has an opportunity to help a child. He goes to sing at Children’s Hospitals regularly. He does free benefit concerts to help children with medical issues regularly. He has an absolute heart of gold and this mama is missing him like crazy…. so of course, I’ve given, and given, and won’t stop giving until Esther gets help! So in answer to your question, I’d say that Lawson is giving everything!!! Would you like to match his gift?”

It looks the the Bringing Up Bates mom knows exactly how to deal with these kinds of comments. What do you think of her response? Leave a comment below.