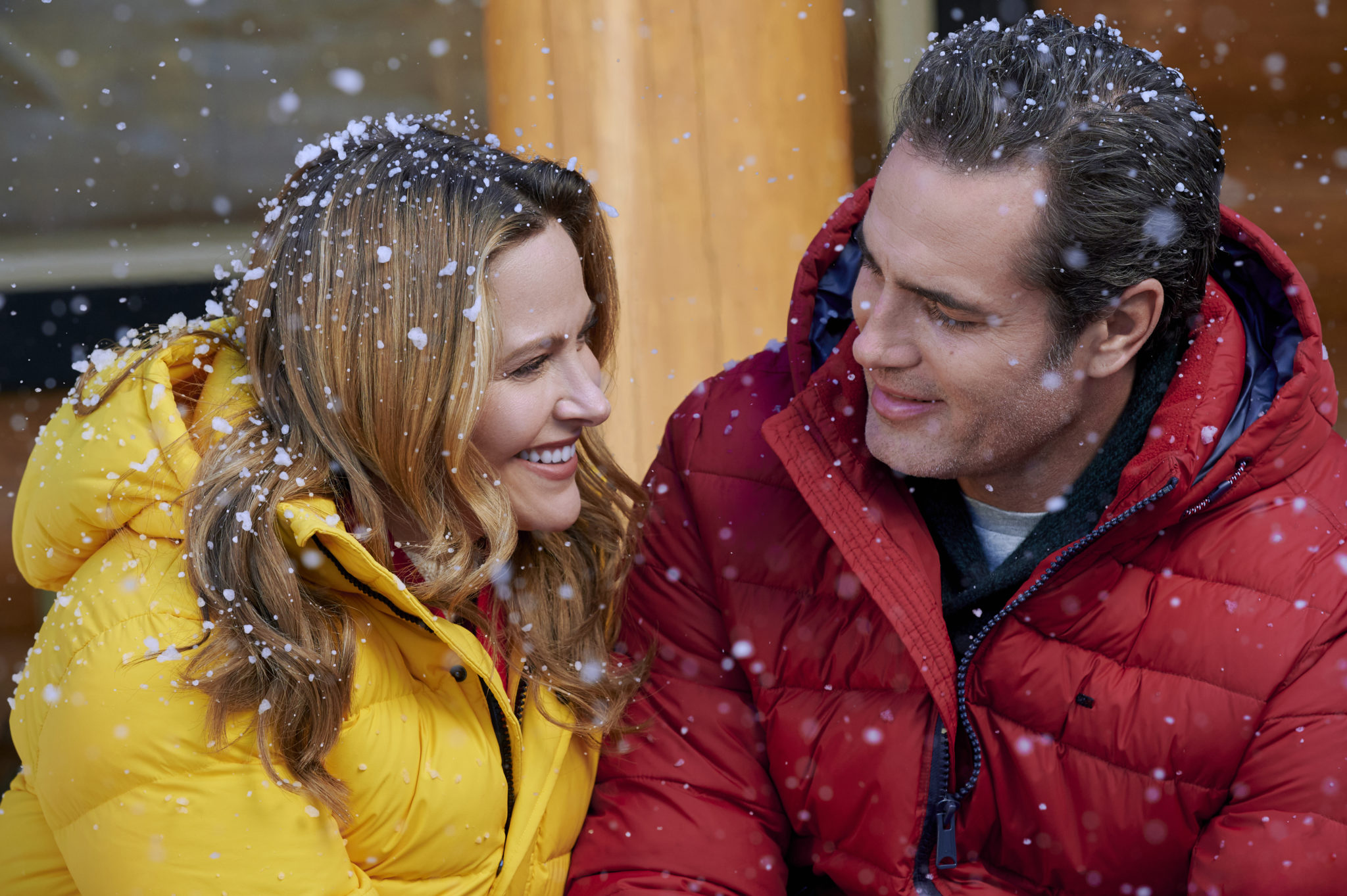 As January ends, so does Hallmark’s Winterfest 2020. The final movie is Hearts Of Winter, starring Jill Wagner and Victor Webster. What’s it about and when can you see this tender winter movie?

What Is Hallmark’s Hearts Of Winter About?

Bethany (Wagner) is an interior designer running a makeover contest. She picks Grant’s (Webster) house. He is a widower with a daughter, but his place is unloved and looks more like a step above a bachelor pad. Grant is pretty surprised he won because he never entered. Turns out, it was his daughter Zoe (Lauren McNamara) who entered his place, so Grant is quite surprised when Bethany shows up at his doorstep with a full camera crew.

Bethany can see that the house is full of memories and ghosts of Grant’s past. She, along with energetic Zoe, tries to get him to move into the present world. What is startling for Grant is that he has a mutual attraction to Bethany. Bethany loves the family, loves being with them, but she is focused on his career, and he does not think that he can share his heart with someone new. Zoe seems to bring the two together with her ice skating talent and matchmaking skills.

This is Jill Wagner and Victor Webster’s second time starring together. Their first movie together was A Harvest Wedding.

Jill Wagner Is Going To Be A Mom!

Jill Wagner has some exciting news. She and her husband, former hockey player David Lemanowicz are expecting a baby girl in April. She told People that they recently had a gender reveal party at her Nashville ranch. They found out the baby was a girl when they bit into specially made Krispy Kreme donuts. This is her first child and David’s second. He is father to daughter Lija, 9, from a previous relationship.

Where Can You See Hallmark’s Hearts Of Winter?

Hearts Of Winter premieres on Saturday, Jan. 25 at 9 p.m. Eastern time on the Hallmark Channel. Encore showings include Jan. 26 at 7 p.m., and Jan. 29 at 6 p.m., all times Eastern. Be sure to always check listings in case of a schedule change.

Are you ready for more Winterfest? Hallmark viewers have been enjoying these wintery romances.  TV Shows Ace has been reporting on Winterfest 2020. The wintery movies premiered with the charming Winter In Vail, starring Lacey Chabert and Tyler Hynes. This winter romance took place in the Bavarian influenced area of Vail, Colorado. Next,  Love In Winterland stars Chad Michael Murray, Italia Ricci and Jack Turner. Talk about having a tough decision: Who should Ally choose, her high school sweetheart or the heartthrob bachelor with the sexy British accent?

Ever dream of going to Iceland? Starring Kaitlin Doubleday and Colin Donnell,  Love On Iceland is a warm story that takes place in a cold country. Then there is Amazing Winter Romance that takes place in and around the world’s largest snow maze! Starring Jessy Schram and Marshall Williams, they learn about love and community in this delightful romance.

Be sure to check back with TV Shows Ace for the latest Hallmark news. Hearts Of Winter premieres on Saturday, January 25, at 9 p.m. Eastern, on the Hallmark Channel.

Kody & Robyn Brown Finally Explain: ‘What That Nanny Do’
‘When Calls The Heart’ Season 9 Will Explore A Special Relationship
Christine Brown: Why Marriage To Kody Is ‘Not Enough’ For Her Anymore
Farrah Abraham Mom Breaks Silence After Daughter’s Arrest
Dominic Purcell Tells ‘Prison Break’ Fans To Move The ‘F*ck’ On