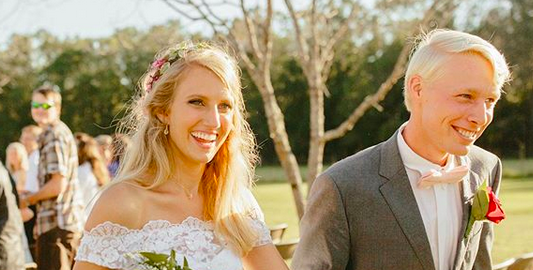 The first season of Welcome to Plathville has come to an end. The first season was short with only six episodes. Sometimes, TLC does this to get a feel for how the show performs. Then, they might choose to air a full-length season.

As of right now, TLC has not announced whether there will be another season of Welcome to Plathville. The reviews for the show are mixed. Some fans love the show and hope to see more. Others can’t stand the show. This seems to be true for most TLC shows and other reality TV shows.

The show featured the Plath family. Kim and Barry Plath have nine children. They work hard to make sure their kids grow up in a strict environment. The kids aren’t allowed to watch TV, drink soda, or listen to secular music.

Throughout the first season of Welcome to Plathville, TLC viewers got a glimpse into the lives of the Plath family members. The season was filled with drama. This is because Kim and Barry don’t agree with how Olivia, their son Ethan’s wife, is living her life. They’re afraid that she is “corrupting” their children. This has put a lot of pressure on the entire family’s relationship, but it has also made things hard on Ethan and Olivia.

Olivia felt “manipulated” into being on Welcome to Plathville

While discussing the show, Olivia revealed, “I made many mistakes during the filming of the show (the first one being allowing myself to be manipulated into doing it).”

In the middle of December, the Welcome to Plathville star shared an Instagram post and said, “I’ve received so much hate on all of my platforms since our show aired, and while I know that is just part of being in this industry, I don’t need to be seeing that negativity and toxicity every day. ”

On one of her social media posts, one of Olivia’s followers commented and asked about the show. The follower wrote, “I was wondering who pitched the idea for the show. If the parents, I am shocked since they don’t allow TV time and are strict. Then again, maybe they thought it would be a good thing to see parenting done differently from their perspective?”

The Welcome to Plathville star replied, “yes, it was his parents. When TLC didn’t want it unless Ethan and I were on it, his parents told me if we filmed with them Ethan could see his siblings again. So we said yes.”

The fan continued their comment and talked about how the family doesn’t celebrate Christmas, saying, “I do know legalistic Christians who don’t celebrate holidays. To be fair, there is no mandate in scripture telling us to do so and specific dates. However, isn’t it wonderful to share about the birth of our Savior and enjoy the advent season through family time, gift giving, carol singing, decorating, etc!? It’s a great time to get out and celebrate and meet our neighbors.”

Micah Plath wants the show to return to TLC

Not everyone in the family has expressed how they feel about the show. Clearly, Olivia doesn’t show that she is hoping for another season.

Micah posted a picture of himself and his sister Moriah on social media a couple of weeks ago. He said, “Y’all let’s hope for another season!! I have grown and matured since this last one! I’m just becoming the true Micah!😁”

So far, none of the other family members have been particularly open about the possibility of a second season. Because Kim and Barry pushed for the show in the first place, it’s possible they will try to be a part of Season 2 of Welcome to Plathville. Right now, no one has said whether TLC will film without Olivia and Ethan. That may be a deal-breaker for TLC. Based on what Olivia has revealed, it doesn’t seem likely that she and Ethan will be a part of the show if they have a choice.

What do you think about a possible second season of Welcome to Plathville? Do you hope to see the show return, or are you interested in other shows instead? Leave a comment below.

Be sure to check back with TV Shows Ace for the latest news on Welcome to Plathville and whether it’s been renewed or cancelled.