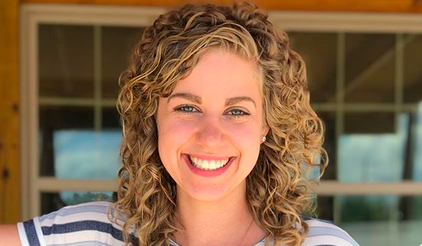 Counting On fans know that John-David and Abbie Duggar are expecting their first baby. In August, they shared a picture of themselves in a plane holding a onesie that reads, “Baby Passenger on Board”. Along with the announcement photo, the couple wrote, “We are on Cloud 9 about welcoming our own little Duggar into the world!!! It really is amazing to think about being parents and having our own child to raise. We are thankful that God has blessed us with this new life and we look forward to taking on this new adventure!”

Then, less than three weeks later, they shared another post on their shared Instagram account. They wrote, “We couldn’t be more excited to announce…ITS A GIRL!!!” They shared this caption alongside a picture of them surrounded by pink confetti.

One of our new favorite pass times – feeling our little girl’s movements! We are so excited to meet her in January!!! 💖💖💖 #25weeks

Their baby girl is one of many Duggar baby girls born around the same time. In May, Ivy Jane, Jessa Seewald’s baby, was born. Then, three baby girls were born in November. This includes:

John and Abbie will welcome their baby girl to the world sometime in January. Abbie is the last Duggar woman to be pregnant right now. Fans are waiting for another pregnancy announcement soon.

Abbie Duggar has been to the hospital multiple times

On social media, fans haven’t gotten a lot of updates about John and Abbie’s growing family. John did reveal that Abbie was diagnosed with Hyperemesis Gravidarum.

He said, “It hit her hard, and she was down for probably seven weeks with severe morning sickness. She got diagnosed with hyperemesis gravidarum, and she was hospitalized a couple times. We made multiple visits to the ER for dehydration. … She couldn’t eat, pretty much, or drink, or anything. So she was actually on IVs and had IVs at home. So that was a pretty scary time.”

Now, on a preview for Counting On, which airs Tuesday, December 10 at 9pm ET, Abbie talks about her health during her pregnancy. In the clip, she says, “I am currently eight weeks along and I’m feeling awful. I pretty much just been lying in bed, go to the bathroom and maybe to the couch. … Morning sickness has hit me pretty hard.”

Then, the mom-to-be added, “I’ve been admitted to the hospital a couple of times on top of that. It’s been a pretty rough go of it.”

After seeing this clip, fans are hoping that things go smoothly for Abbie from now until she has her baby girl in January.

Did you know about Abbie’s difficult pregnancy? Are you glad she’s being open about it? Leave a comment below.

Don’t miss TLC’s Counting On on Tuesdays at 9pm ET.