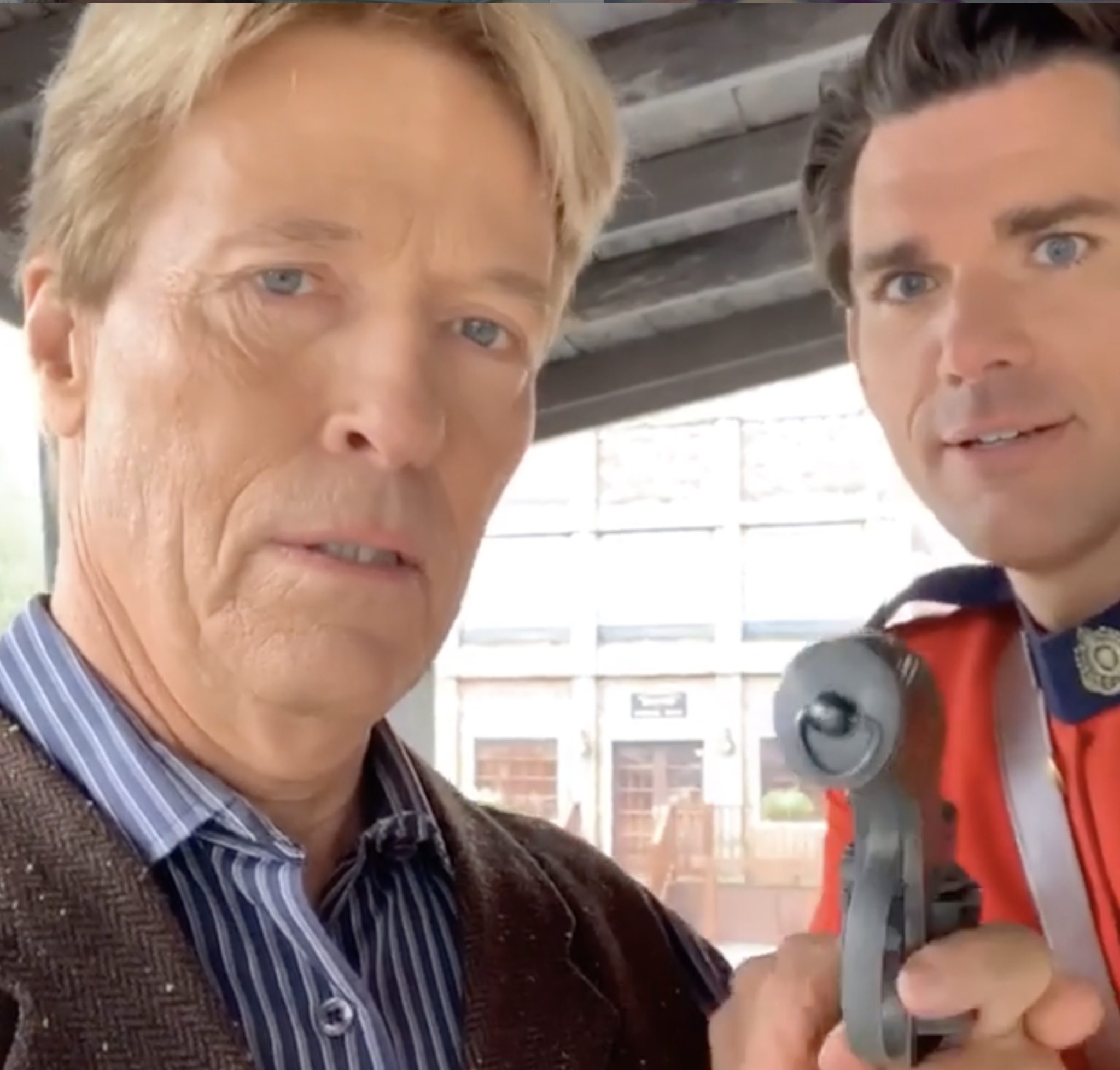 Ever since the announcement from Hallmark, TV Shows Ace has been keeping up with the latest WCTH news on the Christmas special episode and this time it has to do with Jack Wagner. Hearties who love Wagner’s character, Bill Avery, will be thrilled to know that he will be returning for the When Calls the Heart Christmas Special.

TV Show Ace has previously reported that in 2018 over five million viewers turned in for that WCTH Christmas movie special. For many hearties, this has become an annual tradition.

In the fifth WCTH Christmas special, Elizabeth (Erin Krakow) prepares to celebrate Little Jack’s Christmas Eve birthday. But, Christmas feels a little bittersweet. She misses Jack Sr. (Daniel Lissing) and feels pain that she cannot give her baby son a special Christmas like the ones she grew up with. Elizabeth feels sad that she cannot live out the Christmas dreams she wanted to share with Jack.

Meanwhile, the two new men in Elizabeth’s life, Constable Nathan Grant (Kevin McGarry) and new saloon owner, Lucas Bouchard are trying to win her heart. Elizabeth is conflicted by all of this attention. What distracts her is a situation with Nathan’s niece, Allie (Jaeda Lily Miller). Meanwhile, Lucas wants to make Christmas in Hope Valley special, while impressing Elizabeth. Main Street has been transformed into a magical German Christmas Festival.

What To Give Little Jack For Christmas?

Elizabeth is not the only one who wants Little Jack’s first Christmas to be perfect. Rosemary (Pascale Hutton) and Lee (Kavan Smith) try to figure out what is the perfect gift for Little Jack. They get sorta obsessed with making everything perfect. But Bill (Jack Wagner) already has the perfect gift, but where is it? It has been misplaced!

Carson (Paul Greene) and Faith (Andrea Brooks) want to spend their first Christmas together. Somehow, they get their signals crossed and and Faith comes to Hope Valley to surprise Carson. The only problem is that Carson has taken a train to be with her! Carson deals with a lot of obstacles to get back to Faith.

Hearties, are you excited that Jack Wagner will be part of When Calls The Heart Christmas movie? Is this part of your Christmas holiday traditions? Be sure to check back with TV Shows Ace for the latest on WCTH.

The When Calls The Heart Christmas special will air at 8:00 p.m. on December 25 on Hallmark.