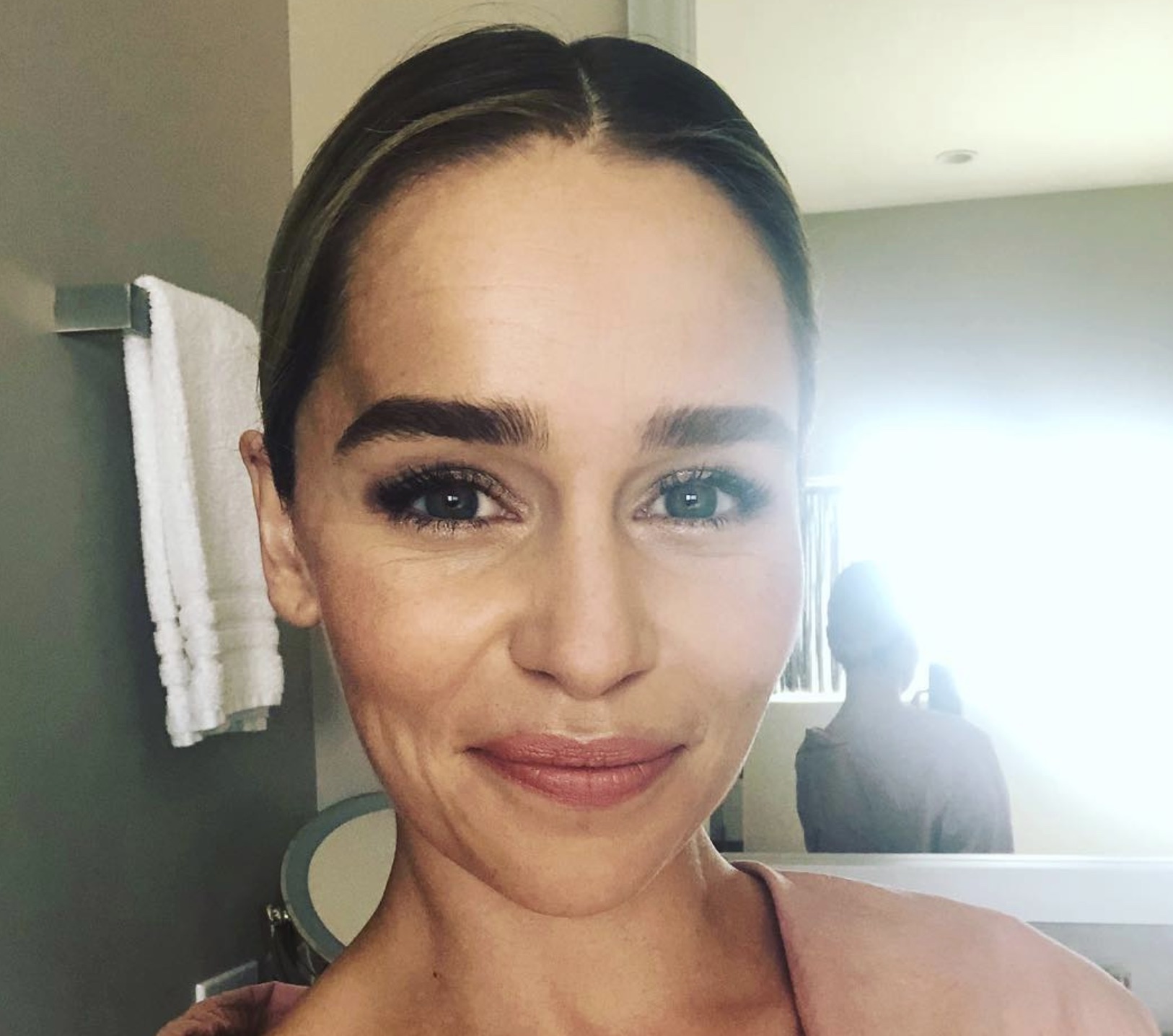 On Tuesday, it was revealed that Last Christmas star Emilia Clarke recently shared that the Game of Thrones bosses at HBO pressured her to appear nude. What more did Emilia share and who did she say helped her stand up for herself?

Although Game of Thrones ended a few months ago, it has lately been in the news because of the female-led prequel cancelation, and now, because of Emilia Clarke’s revelations that the Game of Thrones bosses at HBO “pressured her” to do nude scenes.

Khaleesi herself, Emilia Clarke guest starred on Dax Shepard’s Armchair Expert podcast and shared her experience. She revealed that she was coerced into removing her clothing, under some “flattering lighting.”

Emilia Clarke was only 23 when she first starred on Game of Thrones. In the first season, she filmed some memorable nude scenes on the HBO series. There is no doubt that the HBO show was quite gratuitous with female nudity, to the point that SNL even did an Andy Sandberg skit about it.

But, it was her co-star Jason Momoa who encouraged her to speak up and say no if she ever felt uncomfortable. Eventually, Emilia stood up to her bosses. But, these scenes followed her into her other projects.

Emilia Clarke says she's "had fights on set before where I’m like, ‘No, the sheet stays up,’ and they’re like, ‘You don’t wanna disappoint your Game of Thrones fans.’ And I’m like, ‘F*ck you.’” https://t.co/B0yZgfvSmb

Emilia Clarke Told She Will ‘Disappoint’ GoT Fans

As the seasons of Game of Thrones progressed, Emilia was very outspoken and “savvier” about keeping her clothing on–most of the time. Yet, her nudity in the early years was something that was strongly associated to her. This was especially true on non-GoT sets.

“I had fights on set before where I’m like, ‘No, the sheet stays up,’ and they’re like, ‘You don’t wanna disappoint your Game of Thrones fans.’” Emilia’s response, “And I’m like, ‘F–k you,’” is quite understandable. She is no longer the naive 23-year-old.

Now, she peruses scripts. Although she was offered Fifty Shades of Grey, she declined. She is not about to take off her clothes in movie roles. Right now, she is promoting Last Christmas and talking about her former show. TV Shows Ace even reported on Coffeegate. She shared her revelation of  who was responsible for leaving the coffee cup on the GoT Set.

Although Game of Thrones is over, HBO has ordered the new Targaryen prequel, House of the Dragon, to series. This series will take place 300 years prior to the GoT events. Emilia Clarke will not be part of this new series. Be sure to check back with TV Shows Ace for the latest GoT news.