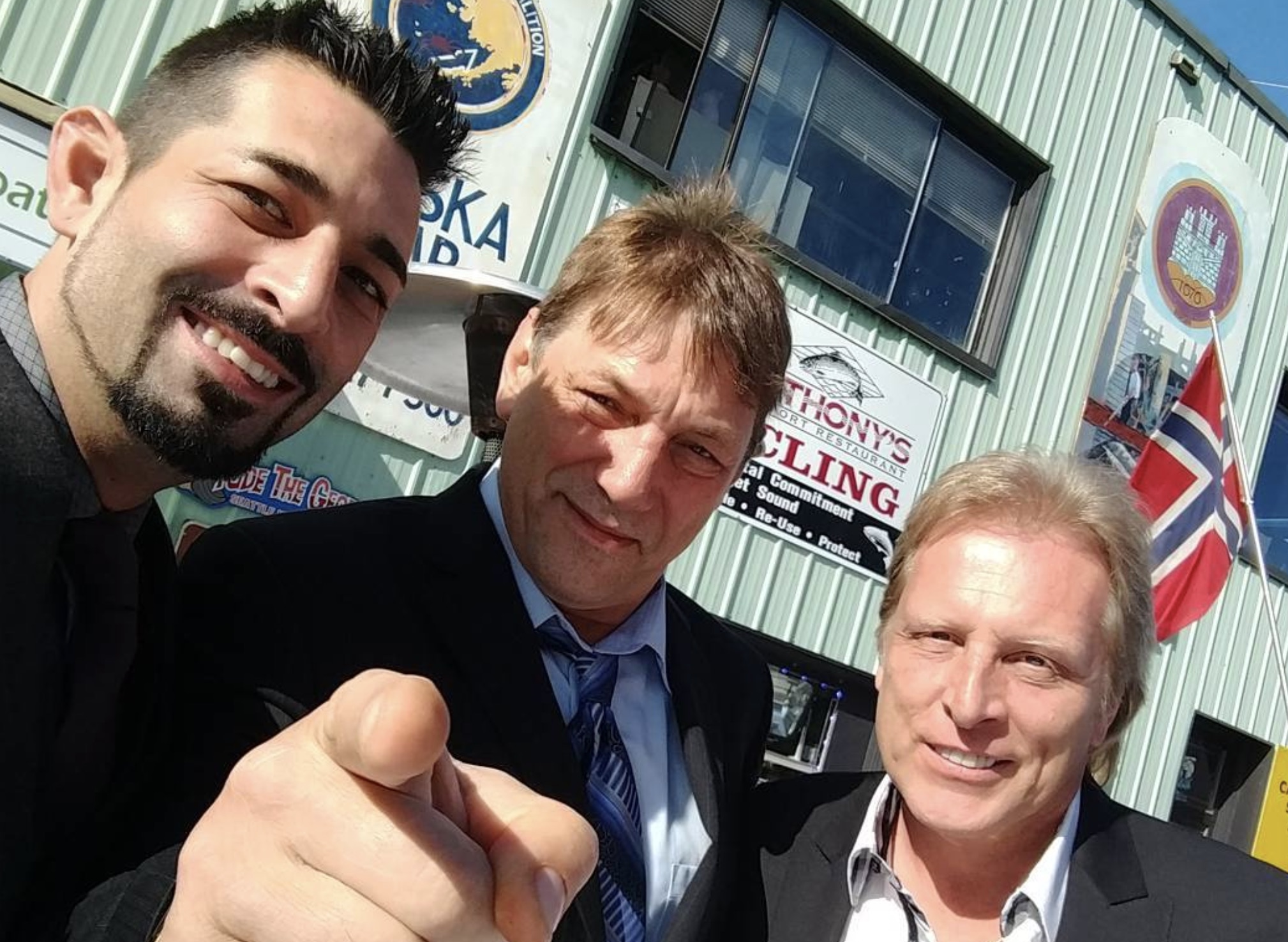 Recently, TV Shows Ace reported that one of the Deadliest Catch crab boats, The Time Bandit, was up for sale. So, why is Captain Johnathan Hillstrand back fishing King Crab?

Former Deadliest Catch star, Captain Johnathan Hillstrand recently posted a video and a cryptic message on Twitter. The wobbly video was taken in the sea. In the near distance, a blue and white crab boat was rocking to the huge waves. Viewers almost feel sea sick, watching the wave. There is no human sound, just the wind and the waves. Then, there was the cryptic caption. Captain Johnathan tweeted: “Maybe I was out fishing King Crab. Maybe I filmed this. Maybe I was being filmed.”

Does this mean that Johnathan Hillstrand is back on the Deadliest Catch? He was quite mysterious, but all signs point to his return to the show. John is clearly on the Bering Sea. He shared a video of a boat at sea. But, he did not mention Discovery nor the Deadliest Catch. Maybe he cannot mention the show or Discovery?

But, the time is right. It is King Crab season. Northwestern captain, Mandy Hansen-Pederson recently posted on Instagram that their King Crab season was completed. Was Captain Johnathan behind the wheel of a crab fishing boat on the Bering Sea, for the 2019 King Crab season? This would be a huge change, as Johnathan retired and has not been fishing for over a year.

Maybe I was out fishing king crab . Maybe I filmed this. Maybe I was being filmed pic.twitter.com/ptRGrnxfFX

Before anyone can get excited about the possibility that Johnathan Hillstrand is returning to the show, we need to figure out if he is actually still fishing crab.

At the end of the Deadliest Catch Season 13, Captain Johnathan officially retired from crab fishing and the show. He went out in a blaze of glory.

But, in Season 14, while the Time Bandit was no longer on the show, the Cornelia Marie returned. Yet, during his first year of retirement, Captain John was out fishing and posting short videos. He was hardly retired. He was working! John explained he was back working in order to pay taxes and bill collectors. He even encouraged fans to contact Discovery to get him back on the show.

In late summer 2018, Deadliest Catch fans had some promising news. Then show’s executive producer, Decker Watson, shared that Captain John may be returning for Season 15. But, that excitement was short-lived.

Just a few weeks later, TV Shows Ace reported that the Time Bandit was out of commision and Captain John had to cancel the King Crab season because they needed to overhaul the boat’s engine. For the first time in 38 years, Johnathan Hillstrand had to miss this important crab season because the engine totally blew up.

Time Bandit Still Up For Sale

Any ounce of hope that fans had was destroyed when TV Shows Ace reported that the Time Bandit was listed. Even after Captain Johnathan’s recent, cryptic tweet, Dock Street Boaters still have the boat listed for sale. The sale price remains at $2,888,888.

Could Johnathan really be taking out the Hillstrand family boat, with Discovery cameramen, to catch some crab and pay some bills? Stay tuned!