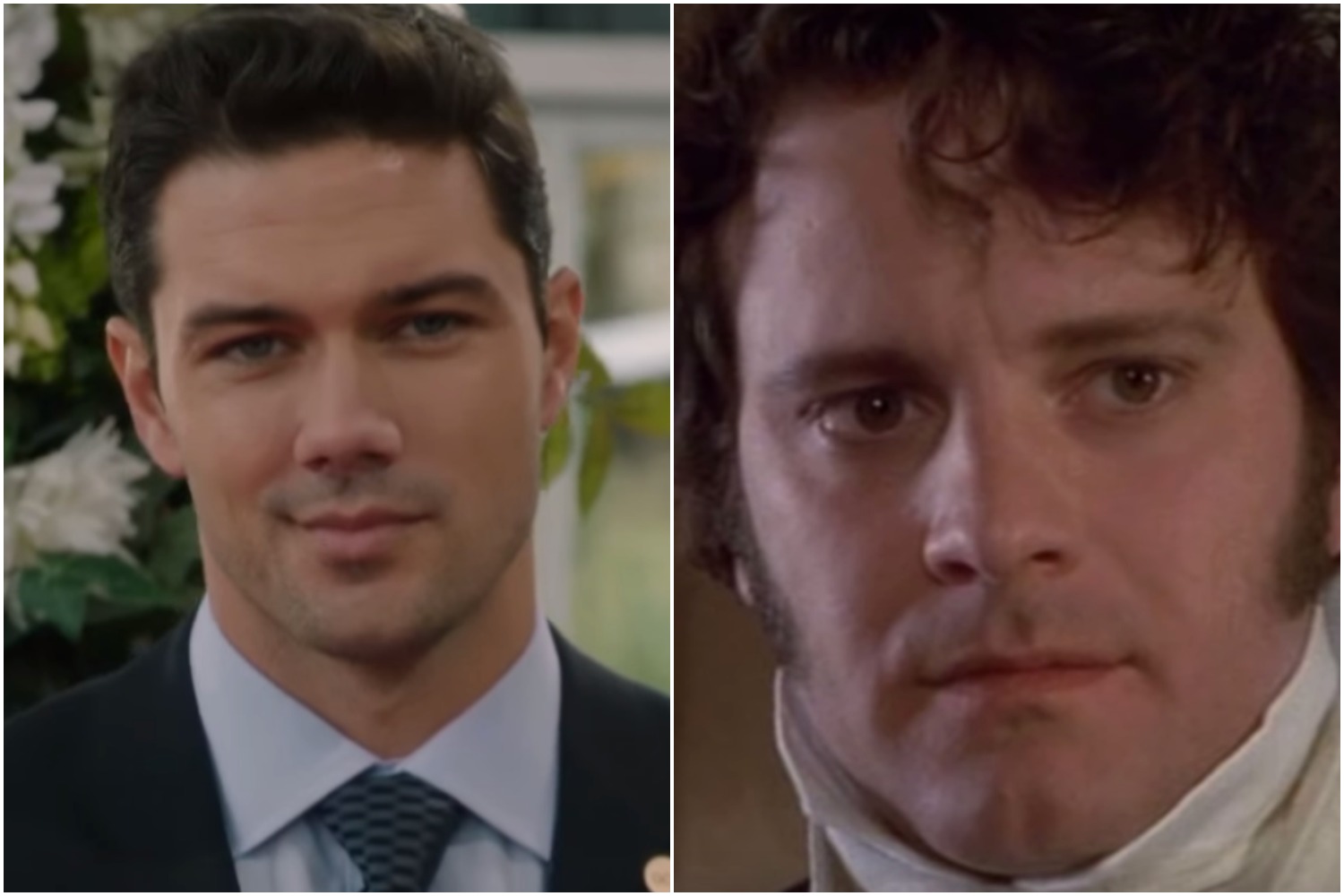 On Wednesday, Colin Firth was trending on Twitter. Pride and Prejudice fans around the world were weighing in on who was their favorite Mr. Darcy. It was inevitable that Ryan Paevey fans would throw his name in the ring, as he plays the misunderstood philanthropist and dog show judge, Donovan Darcy. Ryan could not be repressed. He had to share the name of the actor that he admired in this role.

Casual Twitter fans were shocked to see Colin Firth was trending on Wednesday. Thankfully, nothing is wrong with the Oscar winner, but instead, the reason his name was trending was because Pride and Prejudice fans were weighing in on which actor was their favorite Mr. Darcy.

It seemed that the competition was between Colin Firth, known for his classic portrayal in the BBC’s 1995 production of Pride and Prejudice. The other major contender was Matthew Macfadyen, who played the shy hero, in what is best known as the “Keira Knightly” version of P&P. No one can deny that their chemistry was electric.

But, Ryan Paevey fans were determined to have their say. Ryan Paevey’s Watch tweeted, “Um. CLEARLY the best Darcy is Ryan Paevey.”

Paevey, himself responded humbly to that tweet. “I gotta go with Colin Firth on this one….but honored to be connected to that character in any way.”

Despite Ryan Paevey playing down his own Darcy performance, he has made this character his own. Hallmark fans know that he is a perfect Darcy and his chemistry with Cindy Busby (Elizabeth Scott) is quite electrifying. So, when is the third Darcy movie?

Is There Another Hallmark Darcy Movie?

Fans used this opportunity to remind Hallmark that it has been 17 months since Marrying Mr. Darcy. They would like a sequel. Maria Garcia tweeted: “@hallmarkchannel just a little reminder we’re waiting for the sequel to #MarryingMrDarcy pretty please.”  Hallmark has not said anything regarding a third installment, although this has been a successful series.

As TV Shows Ace previously reported, Unleashing Mr. Darcy is based on the Teri Wilson romance novel. Wilson created an outline for the second offering, Marrying Mr. Darcy, with other writers creating the screenplay. Now, Ryan Paevey fans are waiting for a third romance.

According to an October 2018 interview with Soap Opera News, Ryan indicated that he believed that there would be more. He shared that “It’s kind of its own franchise. But I think they want to make it into something bigger than that.” Until then, Ryan Paevey fans will continue to vote him in as the favorite Darcy.

Ryan Paevey fans, who is your favorite Mr. Darcy? Would you like to see a third movie in the series? Be sure to check back with TV Shows Ace for all the latest Ryan Paevey news.