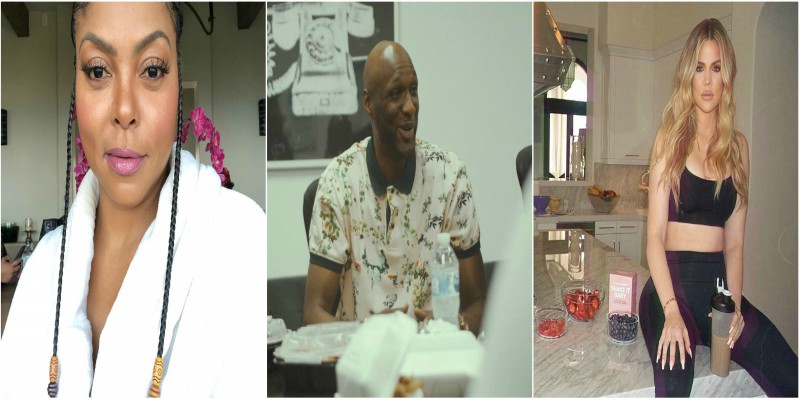 Dancing With The Stars cast-off Lamar Odom is delving into his complicated relationship history. Many fans know he was married to reality star Khloe Kardashian from 2009 to 2016. In a new docuseries called Uncensored, Lamar opens up about falling in love with Khloe while dating someone else.

DWTS’s Lamar Odom: “I used to Carry a Picture of [Taraji P. Henson]”

According to People magazine, Lamar dated Taraji P. Henson in 2009 before meeting Keeping Up With The Kardashian star Khloe. He said that he regrets how things ended with the Empire actress.

“I just wish I would’ve done things different with her.”

He reveals in the docuseries that he acted like a “punk” with Taraji after he met and fell for Khloe. He previously mentioned their relationship in his memoir, Darkness to Light; A Memoir. However, he shared new details on the TV One show.

“She was a little older than me, but I learned a lot from her because that was the most significant relationship as a grown up that I had with a black woman.”

Have Khloe or Taraji Commented On Omar’s Claims?

A scouring of the social media accounts of both ladies turns up radio silence about Lamar. Taraji seems to be focusing on her upcoming wedding to NFL star Kelvin Hayden. The duo is planning an early summer 2020 wedding.

Khloe is still appearing on Keeping Up With The Kardashians and spending time with her daughter, True. As fans know, True’s father is Khloe’s ex, Tristan Thompson.

Is Khloe Cursed With Bad Relationships?

As someone who lives in the spotlight, Khloe’s relationships are under the microscope. Her marriage to DWTS’s Lamar was rife with infidelity and his drug use. Just as they were getting ready to divorce in 2015, he overdosed. The reality star rushed to her estranged husband’s side. The two ultimately divorced a year later.

Lamar discussed his overdose and the downfall of his marriage in his book.

“I could not handle the lethal cocktail of the spotlight, addiction, a diminishing career and infidelity.”

It seemed as if Khloe had a chance at happiness once she hooked up with Tristan. She finally got her dream of having a child. However, Tristan very publicly cheated on Khloe while she was pregnant with True.

He also famously hooked up with a Kardashian family friend and occasional Keeping Up With The Kardashians star, Jordyn Woods. With both men kicked to the curb, Khloe got her revenge body and doted on her daughter.

Until the end of time, it’s you and I

What’s Next For Lamar?

Fresh off his book tour, Lamar recently appeared on Dancing With The Stars. On Season 28 of the ABC hit, the basketball player paired with Peta Murgatroyd. The couple was sent home after the second week.

In his book, Lamar said that he hopes his friendship with Khloe and her family can be repaired in the future.

“I miss the family. And I hope we can all be reacquainted one day.”

While Lamar isn’t on the show anymore, Dancing With The Stars airs Mondays on ABC. He may take part in the DWTS tour in 2020. Khloe appears on Keeping Up With The Kardashians Sundays on the E! television channel.