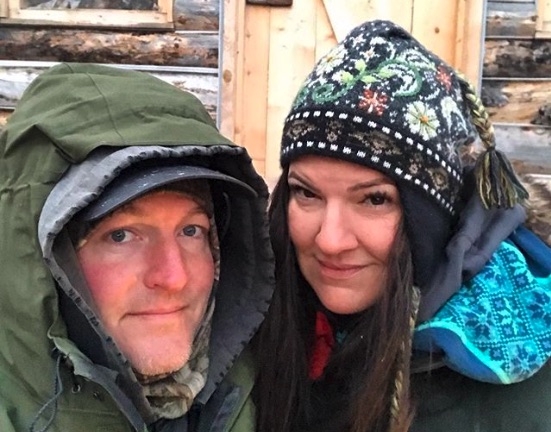 On Tuesday, Jane Kilcher reminded Alaska: The Last Frontier fans that the show is starting in just a few days. The Kilchers are going to be overcoming some pretty big obstacles, including climate change and leadership roles. What do we know about Season 9?

Jane Kilcher wants to remind fans that the Discovery show is back on October 6. On her Facebook page, Jane posted a photos of her greenhouse. She shared: “A lot of hard work but happy work goes into it. And it’s a great place to drink wine … mostly with Charlotte lol.” Jane and Charlotte may enjoy a glass of wine in this organic oasis, but what should fans expect in the new season? Not a lot of sitting around, that is for sure!

The sneak peek of the new season of Alaska: The Last Frontiers hows what the challenges are for the Kilchers in Season 9. Clearly, global warming is a big problem for the Kilchers on their Alaskan homestead. The ice is melting and the rivers are wider and more powerful. The unpredictably warm weather, and shortened winter is causing havoc on their way of life. Their cow pasture will become what Otto Kilcher predicts,  a “muddy swamp” if they don’t solve this problem now, as they learn to adapt to climate change.

Jane and Eve are venturing outside of their own comfort zone as the two go out on a hunt together. Will they be able to help fill the freezer and demonstrate their leadership? Of course, the most famous Kilcher, Jewel, and her son Kase will be back on the homestead. What new adventures will they share?

Speaking of kids, will fans get to see Atz Lee and Jane’s kids in Alaska: TLF Season 9? The short answer is no. Jane and Atz Lee are in a blended family. Each have one child, but they do not have biological children together. Yet, as real as they make this Discovery show, there are parts of their real life that they want to keep personal–and that is their children.

Jane Kilcher has been upfront about her daughter, Piper Isolde Kassouni, staying behind the scenes. She is not interested in becoming a reality star. Jane’s mom, Sarah Ferman, also remains behind the scenes. Although Alaska: The Last Frontier fans do not get get to see Jane interact as a mom and as a daughter, they understand that online bullying and trolls are good enough reasons to stay away from the Discovery cameras. Jane may be in front of the camera, but her mom and daughter are close by.

As for Atz Lee’s son Etienne Kilcher, he has graduated from high school and is ready to take on the world! Odds are, he will not be featured in the Kilcher show, but make his own way, although he has appeared on the show a few times. Thanks to social media, and Atz Lee’s regular postings, we can keep up with Etienne.

Alaska: TLF fans, are you ready for Season 9? What is your favorite part of the show? Share your comments and be sure to come back to TV Shows Ace for the latest news. Alaska: The Last Frontier Season 9 stars on October 6 on Discovery.

Ryan Paevey Fans Will Be Disappointed By Latest Hallmark News
Lala Kent Gets Candid On Her Cosmetic Procedures
Amy & Michael Halterman’s New House: How Much Did It Cost?
‘RHOBH’: Lisa Rinna Reveals The ONE Thing She Will Not Do In 2022
‘My 600-Lb. Life’ Exclusive: ‘Cousin’ Daisy Bursts Larry’s Bubble Of Lies