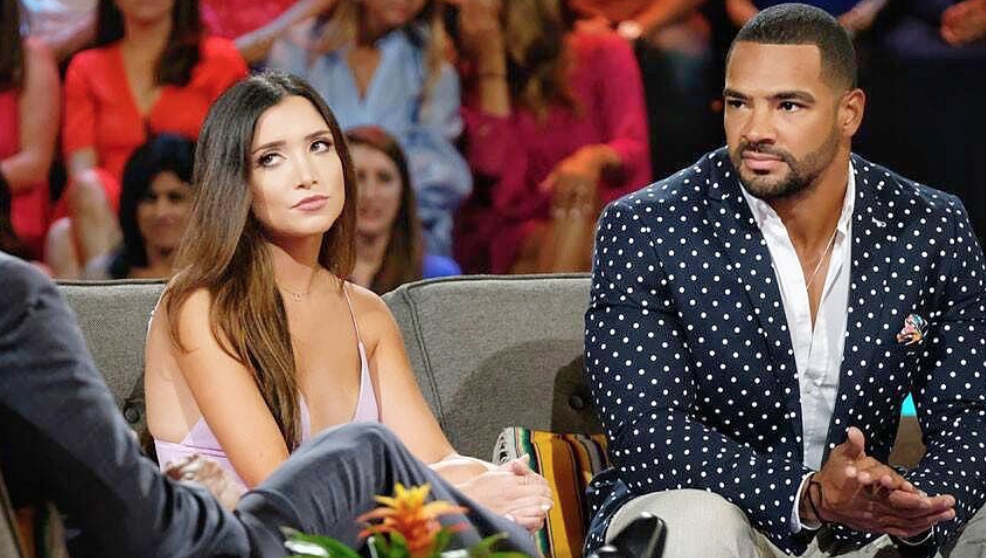 Clay Harbor and Nicole Lopez-Alvar didn’t have a great break up on Bachelor in Paradise. Clay is still throwing shade at Nicole for the reasons she dumped him. Honestly, both their reasoning makes sense.

Clay and Nicole Break Up On ‘Bachelor in Paradise’

During the BiP finale, Cole and Nicole broke up after being together for most of the season. They faced A LOT of ups and downs together. However, the thing that ended them went a little deeper. Clay wasn’t ready to say “I love you” by the end, let alone get engaged. Nicole was not able to deal with this and dumped him.

While it’s super understandable that Clay would be upset by this, Nicole also deserves everything she could ever want. If she doesn’t want to be with a guy who doesn’t love her right now, she doesn’t have to be.

According to Hollywood Life, Clay is actually taking to his Instagram story to show his annoyance with the situation. Several fans expressed their thoughts on the situation saying love shouldn’t be rushed. Clay re-shared those stories and made it clear it wasn’t fair for Nicole to break up with him just because he wasn’t ready to be engaged.

Someone shared the following message on social media that Clay re-posted:

Since when is love forced? Forcing someone who wants to be with you to get engaged or say ‘I love you’ after 2 weeks is odd,” the user said. “Also, wasn’t Nicole so torn between Christian and Jordan like halfway through the season? Well until they got kicked out and she had no other options?” they said.

Unfortunately, Clay and Nicole’s scene was cut from the season finale, so it isn’t as easy to see what happened. However, they definitely didn’t have a very clean break. Clay still wanted to be with Nicole, he just wasn’t ready to say he loved her. Both of them have a fair point.

However, it does seem kind of immature to take to social media to discuss your problems with someone else. Hasn’t Clay learned from Blake that publicly airing your every thought probably isn’t the best idea?

Hopefully, all these Bachelor in Paradise boys will learn someday. If they don’t learn, they are going to have a lot of Bachelor women coming after them. Let’s be real, Bachelor women are so fierce. You certainly don’t want a group of them hunting you down.

What do you think of Clay and Nicole together? Did you love them or hate them? Let us know what you thought in the comments.