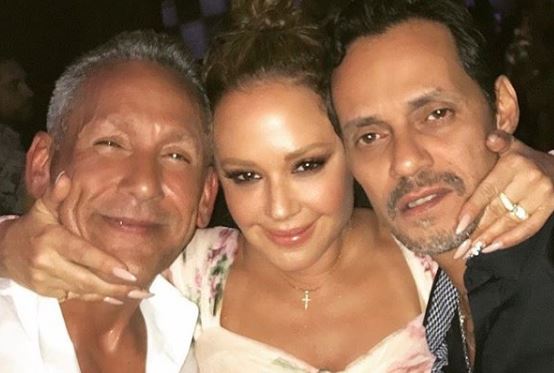 The Season 3 finale of Leah Remini: Scientology and the Aftermath, aired Monday night after a six-month hiatus. The series, hosted by The King of Queens star Leah Remini, seeks to expose what really goes on in the Church of Scientology. Remini spent 35 years of her life in the Church of Scientology before publicly renouncing the religion in 2013. Remini has been outspoken about her hatred for the religion ever since. Leah Remini: Scientology and the Aftermath premiered in 2016 in an effort to bring to light assault, harassment, and criminal conduct many have claimed happen in the church.

Leah Remini: Scientology and the Aftermath has faced scrutiny since it first aired in 2016. Delays and setbacks have kept the series from airing consistently. The Season 3 finale was expected to air in February of this year but was delayed due to a Church of Scientology organization called STAND. STAND, Scientologists Taking Action Against Discrimination, sent many letters to high powered entertainment executives claiming the show was nothing but religious bigotry.

A message from us… please click link in my bio.

The Season 3 finale of Leah Remini: Scientology and the Aftermath explored various claims of s*xual assault that took place in the church. None were as high profile as the accusations made against That 70’s Show star Danny Masterson.

The LAPD has been investigating s*xual assault and rape allegations against Masterson since 2017. Masterson’s ex-girlfriend, Chrissie Bixler, appeared on the series finale where she spoke of her relationship with Masterson from 1996 to 2001. Bixler, who is a former member of the Church of Scientology, spoke an incident that occurred while dating Masterson. Bixler describes going on a date with Masterson and passing out after a single glass of wine.

“Last thing I remember is getting up from the restaurant to go home. Complete blackout. The next day when I woke up the back of my head hurt, and I thought I’d fallen. I thought I was poisoned. I didn’t know where I was. He was downstairs sitting at his desk. I went downstairs and asked what happened. He just kind of chuckled. I said, ‘I’m in a lot of pain.’ I was ripped. I was injured. He started laughing. He said, ‘Oh, I had s*x with you last night.’ I said, ‘Was I unconscious?’ He said, ‘Yeah.’ “

Bixler claimed she had confided in the church about what had happened but was told she would be kicked out if she reported being raped.

“My job as his girlfriend was to give myself to him whenever he wanted. I was to lay there and take it.”

A lawsuit has recently been filed against Masterson and the Church of Scientology. The front runners of the lawsuit are Bixler and another ex-girlfriend of Masterson, Marie Bobette Riales. The lawsuit claims that Masterson and the church are guilty of stalking, physical invasion of privacy and a conspiracy to obstruct justice.

Riales also made an appearance of the season finale of Leah Remini: Scientology and the Aftermath where she is quoted saying,

“This wasn’t just a one night stand or meet-at-a-bar-type thing. I knew that there was something wrong in our relationship itself. Never once did it occur to me that he was doing this to other girls.”

Masterson has been written off of the Netflix series The Ranch since the allegations first surfaced. He has denied all claims of s*xual assault, but his career is still taking hits for it. It is yet to be seen what will come of the allegations or what Leah Remini will do next in her quest to take down the Church of Scientology. Be sure to look for Leah Remini: Scientology and the Aftermath on A&E.