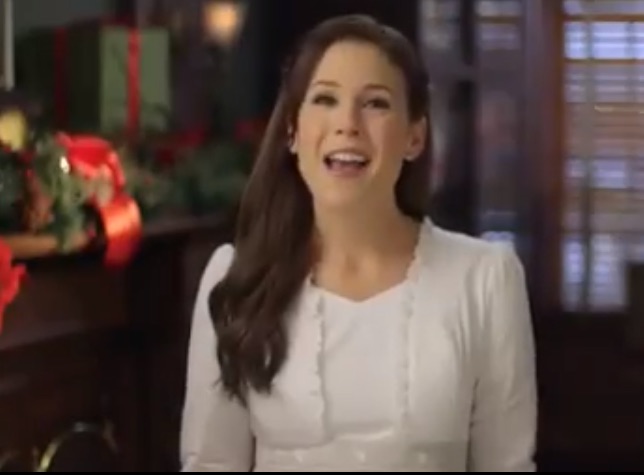 On Thursday, Hallmark announced the When Calls The Heart Christmas movie cast. Who will be back for this special Christmas episode. Could Abigail Stanton be back to visit her friends in Hope Valley?

Hallmark has announced the WCTH Christmas movie cast. This includes many regular faces, including Erin Krakow, Pascale Huton, Jack Wagner, Kavan Smith, Kevin McGarry, Paul Greene, Chris McNally, Martin Cummins, and Andrea Brooks. According to MovieGuide, over 5 million viewers turned into the 2018 When Calls The Heart Christmas movie special. The movie will air on Christmas Day. This has become an annual family tradition that Hallmark has thankfully continued.

Although Hallmark has shared who is in the cast, they have not shared anything about the plot. They have already announced When Calls The Heart Christmas ornaments that will be available in October.

Will Abigail Stanton And Return To Hope Valley?

Those who hoped that Lori Loughlin, or even a replacement for Lori Loughlin would mean the the return of Abigail Stanton will be disappointed. Abigail will not be back to Hope Valley for this Christmas holiday, nor in the foreseeable future.

Loughlin’s character was written out of When Calls The Heart in the midst of Season 6, due to the college admissions scandal. When the scandal hit, the show took a hiatus as producers decided how they were going to continue without Lori Loughlin. It took nearly an entire month before WCTH Season 6 resumed. They cut out Lori’s scenes altogether, explaining that Abigail left Hope Valley to be with her sick mother out east. They did very little new filming to explain her departure, but with the extreme editing, When Calls The Heart Season 6 was reduced from 10 episodes to six episodes. Thankfully, there will be a WCTH Season 7, which should also begin filming soon.

Fans may wonder if Cody (Carter Ryan Evancic), Abigail’s adopted son will be back. Cody will not be back for the Christmas episode. Hallmark has not addressed whether Cody will return for When Calls The Heart Season 7.

Erin Krakow Will Be In Two Hallmark Christmas Movies

Based on the fun-loving Instagram post from the movie, it looks like Erin will be playing the vivacious Marianne character. She and co-star Kimberley Sustad do a fun  little dance with large candy canes! Erin is wearing a green Elf-inspired outfit, which may hint that she is the fun sister. Who is also starring in the movie? Based on social media posts, Hallmark hunk Luke McFarland will be Erin’s love interest, and Aurora Teagarden and WTHG guest star Jason Mckinnon completes the quartet. David Winning is directing Sense and Sensibility and Snowmen. He also directed Erin’s latest Hallmark movie with Ryan Paevey, A Summer Romance.

Hearties, are you excited about the When Calls The Heart Christmas movie? Is this part of your Christmas holiday traditions? Be sure to check back with the latest on WCTH.

Michael Bates Opens Up About Her Daughter In Heaven
Hallmark Movies And Now’s ‘The Love Club’: All Details
Gwendlyn Brown Blasts Kody For His Lies About Christine
Where Was Hallmark’s ‘Love In Glacier National: A National Park Romance’ Filmed?
Alyssa Bates & 4 Kids Stuck At Home While John Enjoys Vacay