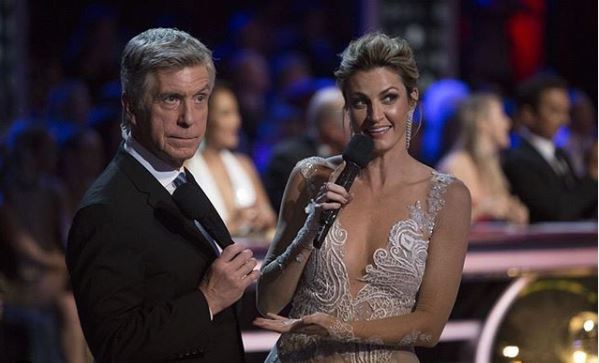 This morning fans of Dancing With the Stars got up early to watch Good Morning America. They were expecting an announcement of two cast members. This was promised last week, but for some reason, it didn’t happen.

No Dancing With the Stars announcement this morning

This morning Good Morning America lasted for two hours. They never teased an announcement for Dancing With the Stars. This had fans wondering why they weren’t talking about it. Everyone kept watching expecting it to happen.

Last week, GMA posted the tweet below. This revealed that today they would announce two cast members for the upcoming season. The crazy thing is it never happened, but the tweet is still up.

NEXT WEEK ON @GMA:
MONDAY the first two names of the new @DancingABC cast will be revealed LIVE! #DWTS

And don't miss @tjholmes sit down interview with the one and only @MariahCarey on TUESDAY! pic.twitter.com/hT52cWYTOV

This morning GMA acted like this tease never even happened. So does that mean they will announce it tomorrow? Nobody knows for sure and fans will have to wait and find out. Tweets have been sent to them asking and so far they don’t seem to be answering anyone.

The new season of DWTS

There are rumors flying that Tyler Cameron and Hannah B of The Bachelorette were the contestants who would be announced. It is still very possible that they could be the ones revealed. Fans are just going to have to wait and see what happens. Tyler hasn’t shared if he wants to be The Bachelor or not, but if he takes that job it would film at the same time as DWTS.

Dancing With the Stars took a year off between shows. There has been talk about a few changes happening. They had plenty of time to revamp things if they want to do it a bit different this season. They need to bring in a few really big stars to keep the fans around. Taking a break might be just what the show needed.

Did you get up to watch Good Morning America? Share your thoughts in the comments below. Don’t miss Dancing With the Stars when it starts airing on ABC. Hopefully, the cast announcement ends up happening soon.