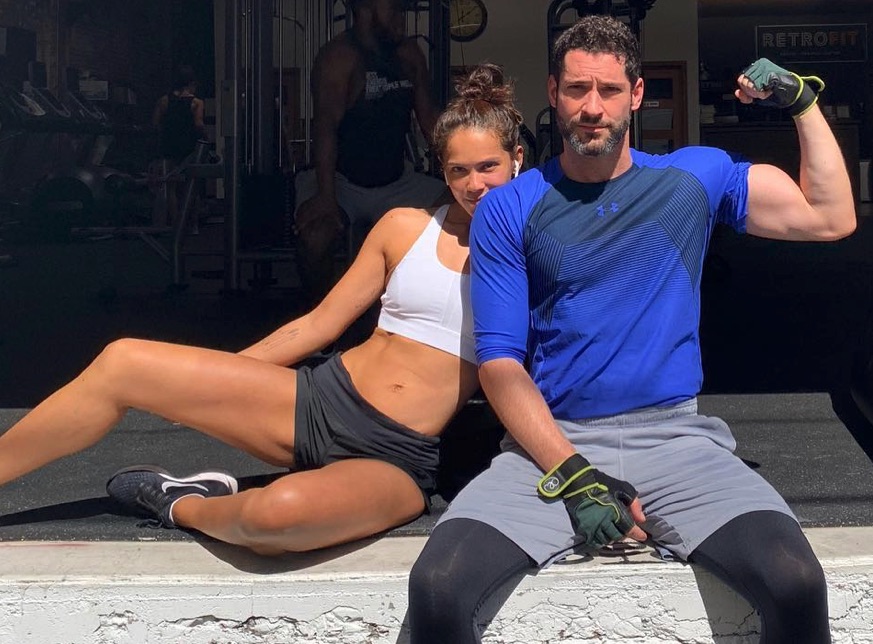 On Friday, Lucifer star Lesley-Ann Brandt revealed what she wants to do the final season of the Netflix show: She wants Maze to have an “epic” fight scene. How is she and other cast members preparing for Lucifer Season 5?

I asked @LUCIFERwriters for a couple of things for this last season. One of which was t I get my one, BIG, epic, Mazikeen fight scene. T one where I get to show u all what I’m capable of. T one everyone will remember. I’m prepping physically. T climb is steady👊🏾 @LuciferNetflix pic.twitter.com/Mk7ndge59U

Ready For One, Final Maze Fight?

Lucifer fans love watching Mazikeen in action. Actress Lesley-Ann Brandt does all of her own stunts and this is no easy feat. She has committed to hours of focused, intense training to achieve her enviable, action-figure physique. Now, with the final season of Lucifer, she wants to step it up a notch.

She even spoke to the Lucifer writers in late July and asked for a “couple” of things. She only shared one of those things to Twitter: An awesome fight scene.

“I asked @LUCIFERwriters for a couple of things for this last season. One of which was t I get my one, BIG, epic, Mazikeen fight scene. T one where I get to show u all what I’m capable of. T one everyone will remember. I’m prepping physically. T climb is steady @LuciferNetflix”

How is she going to show fans what she is “capable” of? Through intense body work. Brandt regularly works out with her personal trainer Paolo Mascitti. This is the very same trainer as her costar Tom Ellis. She works out five to six times a week. Lesley-Ann also does yoga for flexibility and receives chiropractic care. This routine is how she is able to perform the amazing stunts and action moves that Lucifans love.

Now the question is whether Brandt is going to be willing to share her big fight scene with someone else. Someone like D.B Woodside, who portrays the angel Amenadiel. Woodside retweeted Lesley-Ann’s original tweet, and included his own reply, tagging the Lucifer writer’s room Twitter account.

“Can I join in on this “BIG, epic fight scene?” @LesleyAnnBrandt @LUCIFERwriters.”

Could one possible Lucifer Season 5 spoiler be a shared fight scene? Only the writers know for sure!

Lesley-Ann Brandt is not the only one pumping up for Lucifer Season 5. D.B. Woodside, who portrays Amenadiel also reveled he was also in the gym in preparation for the new season. He tweeted a photo of the weight machines at his club, with the caption: “Hello, old friend. Let’s get this body ready for the 5th and final season of Lucifer. #MyHappyPlace #bliss.” Costar Tom Ellis retweeted it with the caption: “Yes brother!!!! Get after it #angeltraining.”

Could Amenadiel and Lucifer and perhaps other angels get into a fight for the salvation of God’s favorite son? Could other angels come down and want to make some changes? Maybe Amenadiel needs to protect his son again? Whatever the case, Woodside is pumping up and getting ready for some action for the final season.

Lucifer himself, Tom Ellis, has been working out steadily and people have noticed. Back in May, he was featured in a Men’s Health feature about his devilish exercise routine. He had shared that if Lucifer was going to be renewed for Season 4, he would commit to three months of muscle defining workouts. Of course, Fox first canceled the show and he admits he felt some relief.

“I was devastated, but one thing I did think was at least I’m off the hook! And then everything happened with Netflix, and the first call I got after the show was picked up was from Paolo, saying ‘we’re on.’”

Once Netflix swooped in and saved the day, Tom began his grueling diet and intense workout. This became a full time job for him. For Tom, gaining weight is tough, so building up muscle mass was his challenge. This also meant he had to give up beer. But, the final results are pretty incredible! And there is an added bonus to fans.

Now that Lucifer is on Netflix, they no longer have to appease the Fox censors. This means he has shown a bit more than his upper torso. His trim posterior has been quite a highlight in Season 5. Fans certainly noticed and were far from bummed!