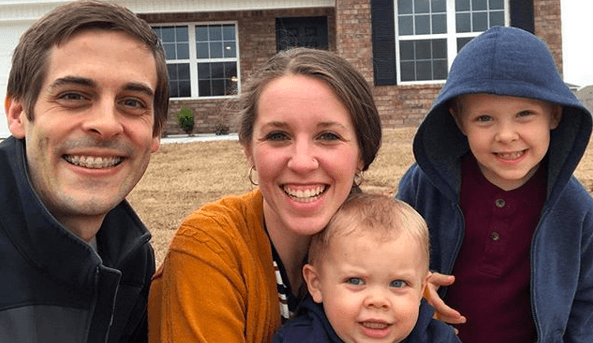 A few months ago, Jill Duggar and Derick Dillard shared that they would be moving. Then, shortly after, they announced that they had moved in.

Since the family made the move to Lowell, Arkansas, fans have been asking to see the home. Of course, Jill has been waiting to get everything set up and decorated. With two young boys at home, it’s taking her longer than expected. Because of this, she decided to create a house tour video before the house was completely ready.

Earlier this week, Jill shared a post on Instagram announcing that she had filmed the house tour.

The video is posted on the Dillard family blog.

Video Tour of Our New Home

After fans watched the video, they had a lot to say about the Duggar-Dillard family’s new home. Now, in the comments of her Instagram post and her video post on her website, Jill is getting backlash.

Thanks for all the kind words! We are super excited about our new home! 😃🏡❤️ . . To see pics: **Swipe up in my story** (the little circle pic up there 👆🏻) or **click the link in my bio** (click the pic next to my name and you’ll see the link)😊 #dillardfamilyhome

The biggest problem that fans noticed is that Israel and Samuel are sharing a tiny bedroom. In the video, Jill shows off the boys’ shared bedroom, which does not seem to have a lot of space at all. Samuel’s crib and Israel’s toddler bed are very close to each other.

One fan commented, “House is cute but you’d think you have enough money to build your home from ground up you could give your children a bigger room.” Another said, “The guest room should’ve been the boys room…it’s larger especially if you want them to share.”

In the video, fans also noticed that Jill and Derick don’t have a TV in their new home. One fan commented, “wow so you guys really don’t have any TV’s in the house?” Jill didn’t reply to this comment, but it’s likely she’s raising her children how she was raised.

In the Duggar household, the kids are not allowed to listen to modern music or watch TV. From what we saw in the video, it looks like Jill and Derick have set similar rules for their own children.

What do you think of Jill and Derick’s new home? Do you agree with the fans’ comments above? Leave a comment below!