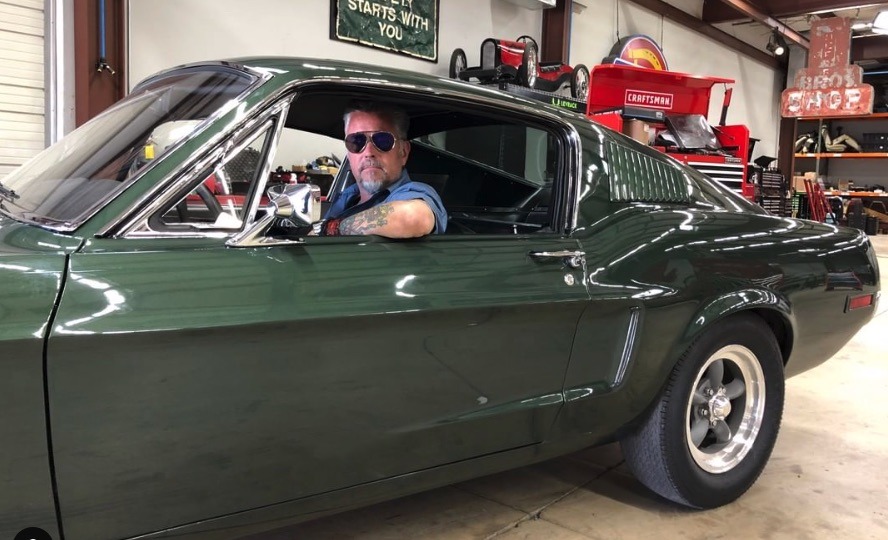 The long anticipated, Fast N’ Loud Season 15 first episode will be out with a Bullit! Chad McQueen, son of the late actor Steve McQueen, has challenged the Monkeys into making a build unlike any other! He wants a recreation of a 1968 Fastback Mustang into a muscle car like his actor father drove in the car chase in Bullit! Best of all, they are going to recreate the classic chase scene!

Richard Rawlings went to social media to gleefully make the announcement that Gas Monkey is back on Discovery. He is especially excited for the premiere episode The Bullit car chase is considered one of the most iconic Hollywood car chases in history. This episode should be incredible!

It's been a long time coming! Fast N' Loud is back and we're taking on the BULITTT. Don't miss the premiere July 8 at 9p EST on Discovery and Discovery GO. #gasmonkey #gasmonkeygarage #bullitt #fastnloud

If Gas Monkey fans are excited about the first episode, the second will surely not disappoint. Richard’s motley crew will fit a 1979 Scout with a 707 horsepower Hellcrate engine.  Will this be result in a big payday for Richard?

Rawlings may be more excited that he may get his Ferrari Dark Horse back. It appears that the Feds have busted the new owner, and Richard may benefit with the return of this gorgeous car.

It has been a long time since the Gas Monkeys have been on Discovery, but Season 15 promises some ultimate builds. Earlier in the year, Richard spoke to Joe Rogan, and discussed the fifteenth season. Clearly, he wanted to make it an ultimate gearhead dream season. He promises builds with cool gadgets and some unique cars and builds. The show even filmed in California, including San Francisco, where the Bullit chase recreation was filmed. They also filmed in Los Angeles for a build that features a competition with Jonathan and Drew Scott, of the Property Brothers. This is not your average season!

What has Richard been the past year or so? Besides filming the show has been building up the Gas Monkey brand. There is now energy drinks, and Gas Monkey rum and tequila–and don’t forget the T-shirts.

Are you looking forward to the return of Fast N’ Loud season 15 in early July? What are your classic car dream builds that you would like to see the Gas Monkey Garage team restore? Leave your ideas in the comments. Check back to TV Shows Ace for all the latest news on Richard Rawlings, the Gas Monkeys and Fast N’ Loud. Fast N’ Loud 2019 returns for Season 15 on July 8, on Discovery.