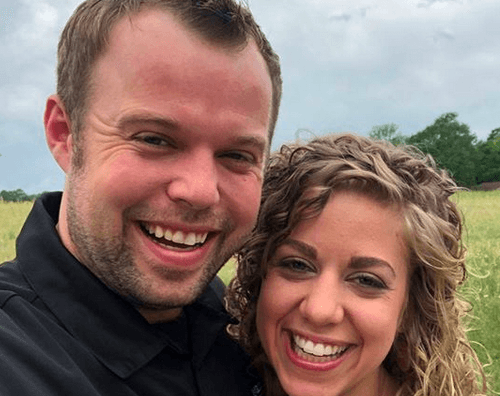 In the Duggar family, there are always plenty of courtships, weddings, and babies. Often, fans are wondering which couple will be next to get married or add to their family. Right now, fans are speculating that Abbie Burnett, who married John-David Duggar last November, is pregnant.

Which Duggar women are currently expecting?

In addition to the speculation about which Duggar will be next to have a baby, there are already several women who are pregnant. This includes:

Just a couple of weeks ago, Jessa Seewald gave birth to her third child, a baby girl named Ivy Jane. One of the Duggar women who has not announced a pregnancy yet is Abbie. Recently, fans have begun speculating that she is the next mom-to-be in the family.

Why do fans think Abbie Duggar is pregnant?

After Grandma Mary Duggar suddenly passed away, Jessa Seewald posted a picture on Instagram along with a sweet caption honoring her grandmother. In her caption, she wrote, “She was so excited about the many new great-grandbabies due this coming fall and winter, and it never got old for her. She welcomed each new baby with joy and would hold them with such tenderness and delight. We will keep her stories and memories alive for these little ones, but we’re sad that they will not have the blessing of knowing her in person as we have.”

Right away, fans noticed that Jessa mentioned that the new great-grandbabies would be born in the fall and winter. All of the pregnant Duggars are expecting babies in November. Cousin Amy King is due in October. Winter could mean any date between December 20 and March 20. This means that whoever is pregnant has lots of time left to make an announcement.

In addition, John-David and Abbie have been pretty quiet on social media. Most of their siblings post at least once a week and sometimes more. Their last post was over a month ago on Mother’s Day. The post featured a couple of pictures of Abbie, which fans thought might be a pregnancy announcement. It turns out she was hosting a Mother’s Day clothing giveaway.

Happy Mother’s Day to all the moms out there!!! Enter to win a whole new wardrobe from @citrusandlemon. One lucky winner will receive 3 dresses, 2 tops, 1 bottoms, and 1 pair of shoes! Here is how to enter: 1. Follow @citrusandlemon + @johnandabbie 2. Tag a friend below, more friends = more entries Contest ends in 48 hours and winner will be announced here on this post. ❤️

Following John-David and Abbie’s wedding, they shared that they wanted to have a family shortly after marriage. They got married a little older than the other Duggars have in the past, which means they have less time to grow their family.

Which other women could be expecting this year?

If Abbie isn’t expecting a baby, there are just a couple of other Duggars who could be. This includes Jill Dillard and Jinger Vuolo. Jill and her husband, Derick, currently have two young boys, Israel and Samuel. Jinger and her husband, Jeremy, have one daughter, Felicity.

For a while now, fans have thought that Jill is pregnant. Those rumors have been circulating for a couple of years now with no announcement. There is a chance she could be pregnant, but the news has yet to be announced.

Maybe no other Duggars are expecting as of right now. Jessa could have made a mistake in her post or considered late November to be winter.

Do you agree with the other Duggar fans who think Abbie Duggar is pregnant? Let us know in the comments below.