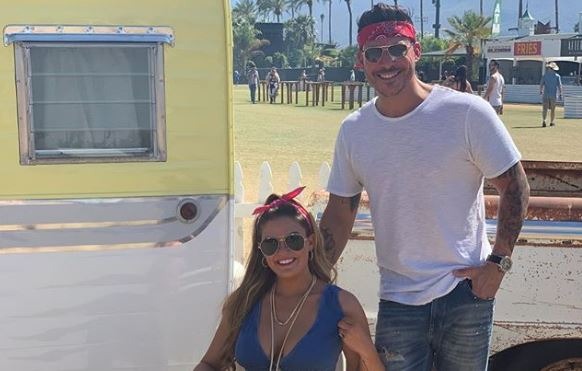 Vanderpump Rules stars Jax Taylor and Brittany Cartwright recently opened up about how things are going post-reunion. As fans know, the 3-part reunion for season 7 of the hit reality show wrapped up May 20.

The reunion was at times emotional and others full of anger and insults hurled across the stage. It was so bad, Jax considered stripping longtime friend and castmate Tom Sandoval of his Best Man duties at his upcoming wedding.

Things were tense during the reunion, with everyone ganging up on James Kennedy for his poor behavior throughout the season. Tom Sandoval and Ariana Madix were James’s only defenders. Jax and Brittany gave Tom a hard time for defending James.

At one point, Brittany chided Tom by saying to stop because he was Jax’s Best Man. During the reunion, Jax said that Tom Sandoval was out of his wedding party. He reiterated that a few days later during an appearance on Watch What Happens Live.

However, subsequent reports indicated that Tom was still part of the wedding. Tom Schwartz is also included in the wedding party as co-Best Man. When asked recently, Jax said, “We’ll talk about it. We’re gonna talk about it. Of course, he’s in my wedding, he’s one of my best friends. I love him to death.”

Brittany spoke up and said, “He’s definitely in the bridal party.” Jax went on to say that “we’ll see” what Tom’s role is in the wedding. It seems Jax hasn’t warmed up to the idea of Tom serving as Best Man, Brittany is there to talk some sense into Jax.

Things got heated during the reunion between Jax, Brittany, James Kennedy and Raquel Leviss. Jax started the incident by insulting James’s girlfriend, Raquel, by telling her she’s not a beauty queen. James responded by insulting Brittany by calling her a “hillbilly.”

Brittany’s fiery defense of her family left fans reeling and her good-girl reputation in shambles. Now that Brittany has had time to calm down, she explained, “I’m mad that I let him get under my skin because I normally can keep my cool and keep my calm.” She added that her “claws come out” when people talk about her family.

As for Jax, he said his anger toward James was due to a tweet by James that implied Jax should “get over” his dad’s death. James has been adamant all season that Jax has used to his father’s death as an excuse to act like a jerk.

Jax explained that he gets upset when anyone mentions his dead. “Anytime someone mentions my father, good or bad, I get emotional and I see red,” Jax stated.

Strained Relationship with His Mom

Something that has been discussed several times during the season is Jax’s strained relationship with his mother, Marie Cauchi. She didn’t attend the couple’s engagement party and Jax said during the reunion that she wouldn’t be at the wedding. Jax hasn’t spoken publicly about the reasons behind the rift.

During the reunion, he did say that his mom didn’t let him know that his dad was in the hospital before he died. He also said that his mom hasn’t reached out to him. Brittany jumped in at this point and pleaded with Jax’s mom to reach out.

When asked for an update on their relationship, Jax simply said, “As of right now, I just don’t want to talk about it.”

Vanderpump Rules wrapped up their Season 7 reunion on Bravo May 20. It’s still to be determined if Jax and Brittany’s upcoming wedding will be featured on Season 8 or a spin-off.