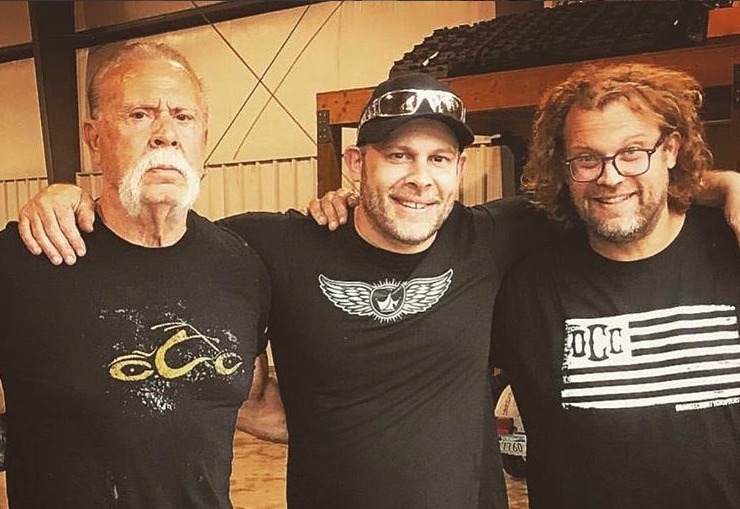 Is American Chopper canceled by Discovery, or coming back for a thirteenth season? Longtime fans are concerned on whether about to be chopped again? There has been a lot of action from Paul Teutul Sr., and no information from Discovery.

Season 2 of the American Chopper reboot just finished airing in late February. So far, Discovery has not announced whether they are renewing the show. American Chopper has evolved and reinvented itself over the years. Originally, American Chopper starred the Teutul family and their custom jacked up choppers at Orange County Choppers. It was a huge sensation. They were on the Martha Stewart Show. There were even American Chopper video games.

Then Junior and Senior split and Paul Jr. left his dad’s company. That was not the only confusing thing. The show went from Discovery to TLC. Now, Discovery brought it back and gave the show a reset, thus the low season number. The show still features the Teutuls, but at two locations. At Orange Country Choppers is Paul Sr.’s business and at Paul Jr. Designs, Paulie’s business.

In the most recent reboot, Senior and Junior are actually civil to each other and appear to be mending fences. One of the highlights was that Senior gave Junior the Spider Man bike, which was one of Junior’s first ever bikes that he designed. But, it is clear times have been hard for Senior.

The past decade has been tough on custom bike companies. There is not the big demand that there once was for bikes, and Paul Sr. has reportedly had issues with finances, including his personal bankruptcy case. Fox reports that Senior has been “accused of neglecting bankruptcy case.” He has failed to turn in his 2017 and 2018 income tax returns. In addition, based on his income reports, it does not appear that he is able to fulfill the financial obligations of his bankruptcy case. Page Six reports that Senior’s ability to make his payments all stems on his ability to sell his $1.6 million home.

Meanwhile, Senior has rebranded his YouTube channel. He has renamed it OCC+. Page Six has spoken to an “insider” who has claimed that Senior has started this YouTube channel and headed to Del Ray Beach, which is “proof” that the show is canceled. This is of no surprise, as back in October, Senior began working with Bubba’s Exotic Motorsports in Florida, creating affordable bikes.

Maybe Discovery does not want to renew because some fan favorites did not return. While most members came back to the show, including some cameos from fan favorites Rick Petko and Mikey Teutul, TV Shows Ace reported that Vincent “Vinnie” DiMartino has not chosen to return to the show. He has his own popular YouTube channel where he answers questions from fans. Vinnie and Paulie grew up together and their relationship is solid.

Now Vinnie is busy with his four kids and his own auto shop. He stopped working on bikes in 2012. He half jokingly commented that without a reality show like American Chopper, it is hard to make custom bikes a viable business. This leads fans to perhaps wonder, can OCC and Paul Jr. Designs survive without a television show?

Discovery has not made an announcement on a renewal. It should be noted that they did not officially make an announcement that Gold Rush has been renewed for Season 10.  But, the gold miners, and Discovery camerapeople are already out there on their claims. As shows like Fast N’ Loud have taken a long time to release a new season, Discovery may just decide to hang on to American Chopper. They would not have resurrected it in the first place if they did not feel that there was still an audience.

Are you concerned about the possibility of American Chopper canceled by Discovery? Do you want to see Senior, Paulie and the rest of the crew for a Season 3? Share your comments on whether you want to see the show return to Discovery.