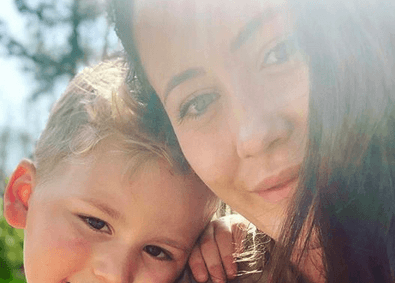 Jenelle Evans of Teen Mom 2 was cut from the show today. MTV decided to remove her after the drama that has recently ensued. Jenelle’s husband, David Eason, shot and killed the family’s dog after it snapped at their daughter Ensley. Now, Jenelle and David might be on their way to a divorce. Fans and Jenelle’s co-stars are suggesting the couple gets a divorce before things get worse. An official divorce has yet to be announced, but plenty of talk about one is circulating.

Because Jenelle can no longer be a part of the Teen Mom series, MTV decided to replace her. To be clear, this replacement was planned in advance. It was not only because of David’s recent incident with killing the dog. According to MTV, Jenelle hasn’t been filming since the beginning of April.

Amidst all of the drama, Jenelle has continued to update her Instagram account. Just a few days ago, she shared a picture with her young daughter. We’re expecting more updates via her social media accounts.

There was a chance that they would continue filming with Jenelle recently, but the recent incident led to them officially cutting her off on Tuesday, May 7. Jenelle’s husband, David, was previously fired from MTV. A spokesperson from the network said, “MTV ended its relationship with David Eason over a year ago in February 2018 and has not filmed any new episodes of Teen Mom 2 with him since. Additionally, we have stopped filming with Jenelle Eason as of April 6, 2019 and have no plans to cover her story in the upcoming season.”

Who has replaced Jenelle on Teen Mom 2?

MTV has already filled Jenelle’s previous spot on Teen Mom 2. They have replaced her with Jade Cline of Teen Mom: Young and Pregnant, according to The Ashley. It looks like Jade will no longer be a part of her original show and will be taking the fifth spot on Teen Mom 2.

She has already been filming for the past few weeks. At first, she was being filmed “in case” Jenelle ended up getting fired. When she was hired, Jenelle hadn’t been officially fired yet. A source shared that, “They figured if Jenelle wasn’t let go, they could move the Jade footage over and use it on Young and Pregnant.”

From what it looks like, they will be able to use the footage on Teen Mom 2 because there’s no way Jenelle will be returning to the show. In Season 9B, we will see Jade instead of Jenelle.

What do you think of this replacement? Do you think that Jade will be a good fit? Let us know your thoughts in the comments!