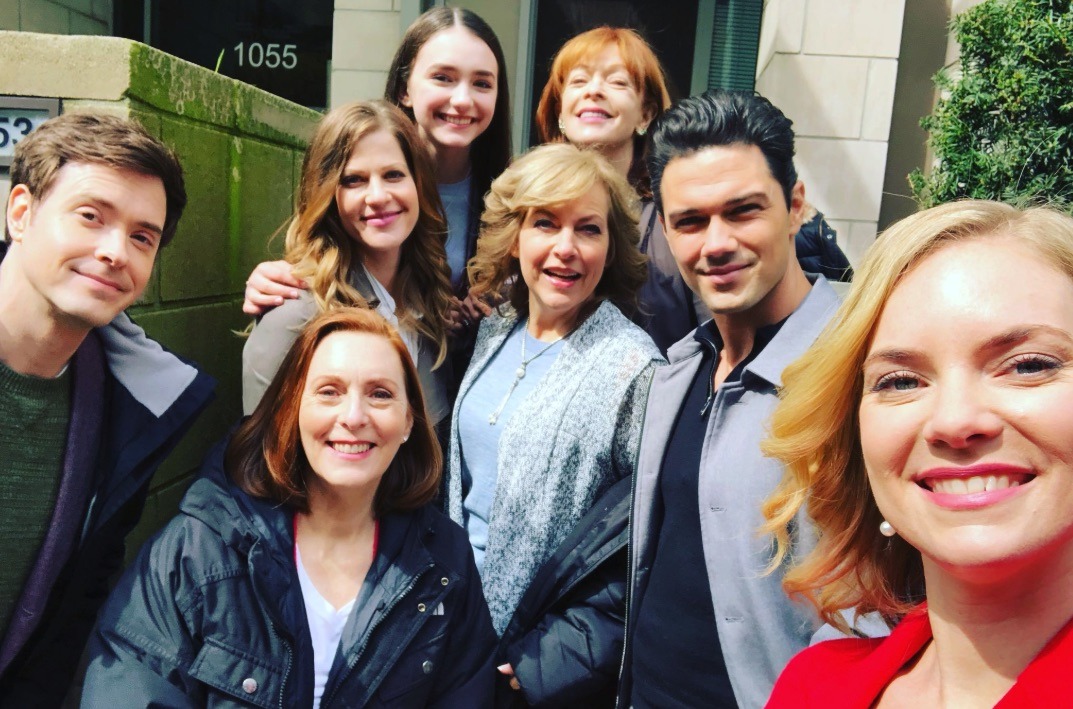 Fans of Unleashing Mr. Darcy are anxiously awaiting for news on Darcy 3. Ryan Paevey has confirmed a third movie has been green-lighted. What else do we know now?

When Is Darcy 3 Movie Coming Out?

Fans of the Darcy series are wondering what is going on with the third movie. Fans even reached out to Darcy star, Ryan Paevey, on social media. Paevey quickly responded yes, it has been green-lighted. But, he is in the dark as much as the fans are.

“Yeah i was told that one was a go…and then didn’t any news….as far i know it’s still on at some point. Keep ya posted, of course, as info is shared with me…”

So it sounds like Paevey, who portrays the dashing Donovan Darcy, is waiting to know what is next.

Yeah i was told that one was a go…and then didn’t any news….as far i know it’s still on at some point. Keep ya posted, of course, as info is shared with me…

As if the idea of a new Darcy movie wasn’t tantalizing enough, there has been a three-week Darcy reunion with the  Unleashing Mr. Darcy director and Paevey. David Winning just published a selfie with Ryan next to him. Currently, the two are working together on the cowboy romance, Dude Ranch, which also stars WCTH star Erin Krakow. The caption underneath is “Reunited with “Mr. Darcy” … Premieres August 17 on HALLMARK.” Is there any possibility that the two will reunite for a third Darcy movie?

Could This Be A Darcy Honeymoon Movie?

Ryan Paevey has not secretive about what he wants for Darcy 3. Ryan told On The Rocks Radio that he wants the third Darcy movie to be about the honeymoon trip around the world. Fans who saw Marrying Mr. Darcy didn’t see much of Paevey’s character because in the storyline, he was busy working in order to take his new bride Elizabeth Bennett (Cindy Busby) on a dream trip around the world. Well, Paevey wants the next Hallmark movie to be that dream trip. Will Hallmark be willing to foot that extravagant bill? Or does Hallmark have something else in mind?

Could This Be A Darcy Christmas Movie?

Teri Wilson, the author of Unleashing Mr. Darcy, the book that launched this delightful series, had told the Bubbly Sesh that she had a Darcy Christmas book in the works. This was nearly a year ago, but there is no book in sight. Instead, Wilson’s Love At the Shore will be out in June. This book is based on the movie that aired on the Hallmark Channel in February.

Maybe Hallmark will film a Darcy Christmas movie. One thing is sure, Hallmark movies move fast. Once they contact the director and cast, they are ready to shoot in just a matter of days. Hallmark movies are completed in three speedy weeks. They are aired about two months later.

What sort of movie do you want for Darcy 3? Do you want to see the honeymoon trip around the world, or do you want a Darcy Christmas? Perhaps you want to see a different storyline for the third movie? Please share your wish below in the comments field. As for now Marrying Mr. Darcy is available on DVD. Check back with TV Shows Ace for all the latest Darcy 3 news.