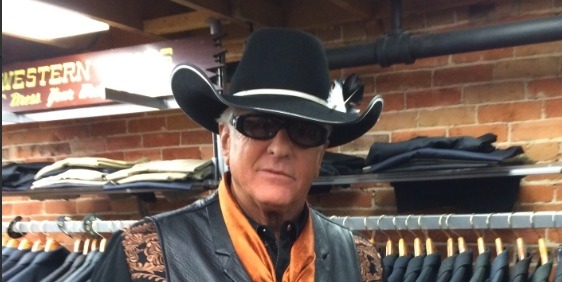 Barry Weiss was in a serious motorcycle accident in late April. There has not been a lot of information forthcoming on Barry’s status, except that he was immediately taken to ICU. Now Storage Wars fans have an update on how “The Collector” is doing now.

Barry Weiss Has Had Several Surgeries

Barry Weiss was seriously hurt in the car accident in Los Feliz, at 2:30 p.m., on April 24. The reality star has already had “multiple surgeries” since the accident. According to TMZ, this includes back surgery and at least one surgery for his femur. Barry is expected to have additional surgeries, but there are no further details shared.

Anyone who hoped to see Barry back on Storage Wars anytime soon better not hold their breath. Barry is looking at a very long recovery from these injuries. He has broken bones that need healing, and most likely some sort of physical therapy for the 60-year-old reality star. A spokesperson close to Barry has revealed that “he’s eager to get out of a hospital bed and go home.”

How Did The Accident Happen?

Barry Weiss and a friend of his, Jamie, were on their motorcycles when a vehicle came out of the parking lot without checking for other vehicles. Both bikes slammed into the back of the SUV. Immediately, Barry was seriously injured, with initial reports stating that he had a serious chest injury. What has been confirmed is the back and femur injuries. Perhaps in time we will learn more about the injuries he has sustained. According to the report, no drugs or alcohol were responsible for this serious motorcycle accident.

Dang! I hate to hear this. Loved watching him on Storage Wars. Prayers. https://t.co/EHzrwgf6ym

Barry Made His Fortune In Produce

According to Celebrity Net Worth, Barry Weiss is worth $10 million. For those who think Barry made it in the storage locker business, think again. Barry and his brother made a boatload of money in the family produce business. After over two decades in that business, he retired and then got into antiques. This is where storage lockers became part of his antique shopping treasure hunt. But, unlike Darrell, Brandy, Jarrod and the rest of the Storage Wars stars, Barry has chosen to keep the antiques he found, instead of making a profit.

Barry has always seemed to have lived a charmed life. Now, Barry will have to find another hobby to keep him occupied as he heals his broken bones.

Have you been keeping up with Barry’s accident? Do you have a favorite Barry moment on Storage Wars?  Please share you comments below. Storage Wars just finished airing Season 12. Storage Wars fans are waiting for news about Season 13.