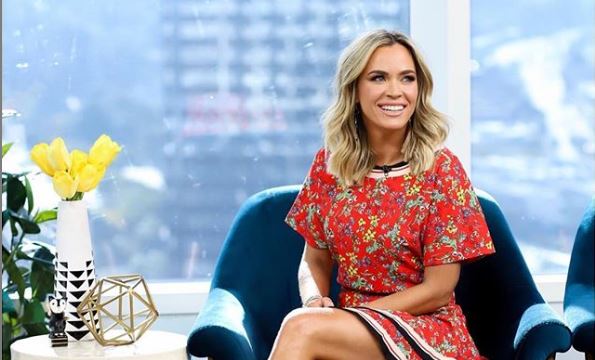 How many feuds can one show handle at once? The stars of Real Housewives of Beverly Hills must be going for the World Record. Lisa Vanderpump is feuding with Dorit Kemsley, Kyle Richards and Teddi Mellencamp Arroyave over Puppygate. She’s not speaking to any of the other cast either, except for newcomer Denise Richards.

Watch out, Lisa. There’s a new feud brewing in Beverly Hills following the latest episode. The ladies, minus Lisa Vanderpump and Denise, transported back to the 80s courtesy of Dorit and her husband, P.K. V.I.P tickets to a Boy George concert came with an expected meet-and-greet with punk icon Billy Idol. The ladies were having a blast until after the concert when P.K. took a swipe at Kyle regarding her falling out with former BFF Lisa Vanderpump.

Earlier in the evening, P.K. revealed to Dorit that he had spoken to Lisa Vanderpump’s husband Ken Todd and had arranged to have lunch with Ken to try to squash the feud ongoing feud with Lisa Vanderpump. Kyle was upset at the “joke” and Dorit tried to appease her friend while defending her husband.

As Dorit was trying to explain to Kyle that her husband had meant it was a joke, co-star Teddi Mellencamp Arroyave chimed in with her opinion. Fans of the show know that there is a ton of bad history between Teddi and Dorit. So, not surprisingly, Dorit didn’t take too kindly to Teddi butting in and told her so. Very surprisingly, the two ladies were able to come to an understand and move on.

However, RHOBH alum Camille Grammer had a lot to say in her one-on-one interview later. Camille called Teddi a “know-it-all” with a “big mouth.” Teddi didn’t know Camille said those things until the show aired this week. She didn’t take to kindly to the insults and took to her blog to share her thoughts.

The Many Faces of Camille

Viewers have seen Camille be two-faced on many occasions this season. She told Lisa Rinna that Dorit made the hair on her neck stand up. She made fun of Lisa Vanderpump’s teeth. Teddi wasn’t having it and wrote on her blog, “Camille would rather open hers to talk badly behind people’s backs and then quickly turn around and talk nicely to their face.”

She then went on to say that if she knew this side of Camille, she wouldn’t “wasted” time attending Camille’s wedding. The reunion episodes are sure to have a lot of fireworks because Camille hasn’t been the only two-faced Housewife.

Tune in to Real Housewives of Beverly Hills Mondays on Bravo to see what else goes down this season.