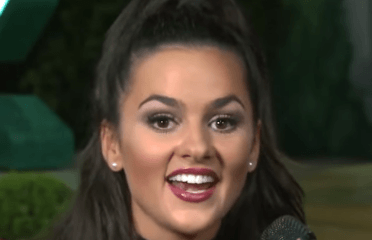 Natalie Negrotti is a well-loved star. She’s known for her time on Big Brother in 2016. She has also been a part of The Challenge. She was a host on Ex on the Beach last year too.

Now, Negrotti is updating her fans on her love life. The star is pansexual, which was shared with the world about a year ago. She was outed by her co-star on The Challenge: Final Reckoning, Kayleigh Morris. Because of this, Negrotti has decided to keep any relationships under the radar.

Who is she dating now?

On Thursday, Negrotti decided to share a photo on Instagram and announced that she is in a relationship. The photo features the two of them sitting on the grass together. Negrotti is giving her girlfriend a kiss on the cheek. In the post, she introduces her girlfriend, Stephanie, and highlights everything she loves about her. She says, “Stephanie is one of the kindest humans I’ve ever met. She is patient with me, understanding, kind, loving, caring, smart, beautiful, sweet, passionate, peaceful, goal oriented, PATIENT, patient and did I say patient?”

In response, Negrotti’s fans left lots of sweet comments. They congratulated the happy couple and gave them their love. Negrotti’s fans seem to be very supportive of her and Stephanie. Because of this, it makes it easier for her to share.

How long has Natalie Negrotti of Big Brother been dating Stephanie?

Even though the relationship just went public, the couple has actually been together since January 1, 2018. They found each other on a dating app in November 2017 and talked for a few months before dating.

In her post, Negrotti explains why she hasn’t told anyone about Stephanie. She says, “I’ve tried keeping her out of the spotlight for a year and a half, for the most part, to protect her, respect her, and take things slow.” This is partially because of what happened shortly after she was outed. She spoke with E! News and said,

“After I was accidentally outed by someone, people found out who Steph was and they were trying to hack into all of her accounts, including her iCloud, emails and social media. It was 24 hours before I left to film my third TV show, The Challenge: Final Reckoning. I was on the phone with Apple and getting extra security on her stuff while preparing for battle. We decided to keep our relationship private to protect her and to figure out our relationship and become strong before actually going public. Important things in life take time. I don’t want to just jump the gun.”

After hearing what went down, it seems like she had a very good reason to wait to introduce her girlfriend to the world. Now that things have been going smoothly for nearly a year and a half, it makes sense for the introduction to happen. Because of this fans wonder if a wedding will eventually happen.

For more updates from your favorite TV shows, be sure to check back on TV Shows Ace!

How Does Jana Duggar Make All Her Money? 2022 Net Worth Revealed
Ethan Plath Throws Subtle Shade In His Mother’s Direction
Lauren Bushnell Lane Has Another Huge Pregnancy Surprise
‘LPBW’ Fans Cringe At Zach Roloff’s Desire For ‘Dwarf Tribe’
Did Scott Disick Hook Up With The Wrong Kardashian Sister?