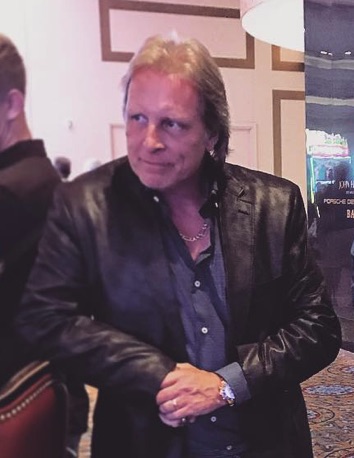 Captain Sig Hansen is returning for Season 15 of the Deadliest Catch 2019. Although the captain of the Northwestern has been on the Discovery show since the beginning, you may not know everything there is to know about him. Here are five things you may not have know about the popular Deadliest Catch captain.

What Is Captain Sig’s Full Name?

The Northwestern captain’s full name is Sigurd Jonny Hansen. Sig was born on April 28, 1966. The oldest son of a family of Norwegian ancestors, Sig has taken on the traditions of the long line of Hansen fisherman, and his own father Sverre Hansen. He has two brothers, Norman and Edgar, both on the Deadliest Catch. Sig is married to wife June, whose two daughters, Nina and Mandy, were adopted by Sig, but he has always considered them Hansens. He also has an older daughter Melissa, from his first marriage.

Before he spoke English, Captain Sig became fluent in Norwegian. In 2017, the fourth-generation Norwegian even met King Harald V and spoke Norwegian to him and to a Norwegian interviewer.

Sig Hansen Likes To Vacation In Vegas And At Disney

Sig Hansen spends his working days navigating the unpredictable and deadly Bering Sea. So, where does he go to let loose and have fun? Where everyone else goes–Vegas and Disney!

Mandy Hansen-Pederson, Sig’s youngest daughter enjoys posting family photos on social media. This often includes her father at a Disney park or at a casino like the Venetian. Where will you find him? Mandy has told fans that the roulette table is the Hansen favorite. She hasn’t shared what Sig’s favorite ride is at Disney. Maybe Pirates of the Caribbean?

Happy 50th birthday dad!!! Stoked to spend it with you all day at Disney then over to Vegas. Lots of love in our family vaca!! 🎉🎉😘😘

How Much Is Sig Hansen Worth?

According to Celebrity Net Worth, Captain Sig is worth a cool $3 million dollars. They claim he is paid $500,000 a year by Discovery. He on the show as the Northwestern’s captain, and is also a technical advisor.

You May Recognize Captain Sig’s Voice On Cars 2

Captain Sig was fittingly the voice of Crabby, on Cars 2. According to Pixar Fandom, the name of Crabby’s boat is actually the “Northwestern.” The initials on the front of the familiar blue and white boat, “SH” are for Sig’s father Sverre Hansen.

Sig was also on Celebrity Apprentice in 2015. He was knocked out in task 8, beating out such celebrities as Kevin Jonas, Terrell Owens and even Olympian Shawn Johnson.

Did you learn something new about Captain Sig Hansen from the Deadliest Catch? Is the Northwestern your favorite crab fishing boat? Please share your comments and opinions in the field below. Deadliest Catch Season 15 begins Tuesday, April 9 at 9:00 p.m., ET/PT on Discovery.