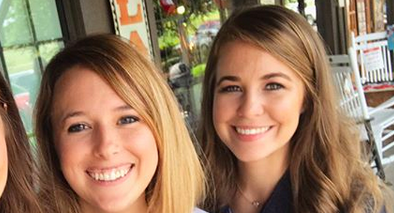 If you’re a Duggar fan, you’ve likely been wondering about Jana Duggar’s love life. The 29-year-old is one of the oldest children and is the oldest daughter in the family. Her four younger sisters have gotten married, but she still hasn’t found the right one for her. Typically, the Duggars get married in their early twenties.

Because she still hasn’t gotten married yet, fans have been speculating about a potential courtship. There have been rumors about Jana Duggar and Lawson Bates, but she has since denied them. For the past few years, there have been rumors about her dating Laura DeMasie, a longtime family friend. We have seen Laura DeMasie on some episodes of Counting On and on social media with the Duggars.

Nothing makes us smile more than good coffee and Felicity. ☕️☺️💕

Derick Dillard, who is notorious for speaking his mind on social media, did address these rumors on his sister-in-law’s behalf. This wasn’t enough to put an end to the rumors for long though. Fans have continued to ask.

She has now decided to come out and address these rumors. Up until this point, it has seemed like the two could be in a relationship. It would explain why she has waited so long to get married. The same-sex lifestyle is likely not acceptable in the Duggar family.

Adding to the suspicion, Laura DeMaise moved so that she could go to design school. Some fans believe that Jim Bob Duggar was behind this move. This hasn’t been confirmed nor denied.

What did Jana Duggar have to say about the rumors?

It seems like Jana Duggar finally got tired of these rumors going around. She decided to publicly address them so that fans would stop asking her about it. Recently, a fan asked her about this potential romance. In response, Jana Duggar said, “No. And I would like to stop that rumor. I have no interest in girls that way whatsoever.”

Then, she added, “I have ‘courted’ or ‘dated’ a few guys, but so far nothing has gone into a serious relationship. Just continuing to wait and pray for the right guy to come along.”

Typically, the Duggars court instead of dating. This means that they have supervised dates and have a set of rules to follow. It’s somewhat shocking that Jana Duggar may have dated instead of courting.

She was very clear in her explanation. She likely gave fans what they wanted by answering their questions about Laura DeMasie. The news about her prior courtships was something that we weren’t expecting to hear from her. This will hopefully help to deter some fans from continuing to ask about Laura DeMasie.

What do you think about Jana Duggar’s response to the rumors? Let us know in the comments below!