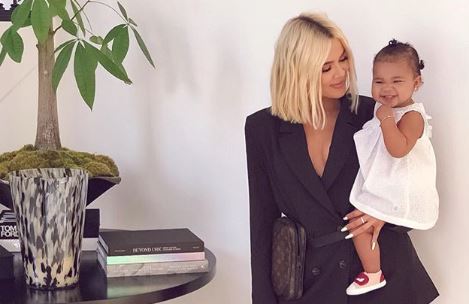 The new preview for Keeping Up With the Kardashians is out. Along with it, fans are finding out that Khloe Kardashian won’t be holding back. She is going to let the drama with Tristan Thompson all unfold on television. People shared the new preview with Khloe crying over his cheating.

In this new clip, Khloe Kardashian is seen crying over what Tristan Thompson did to her. This is actually the first time he cheated on her. It sounds like filming was over with by the time Tristan and Jordyn Woods drama happened. Khloe admits that it is hard that this is all happening in the public eye. She also hates that the “world forgets to be kind.” This is probably going to all be rough for Khloe to watch air on television.

This all went down right before Khloe gave birth to her daughter True. Of course, the tabloids found out and it was all over the news. Khloe stayed with Tristan for quite some time after the first cheating scandal. Khloe shared a bit about it in the clip.

“Tristan might love me, whatever that means, but he has no respect for me whatsoever. True is the best thing that’s happened to me.”

You have to remember that when they were filming this season, Jordyn and Kylie were still friends. Things will seem okay, but that was all before the drama went down.

What else does new preview reveal?

Kanye West makes big plans to move to Chicago. It is very clear that Kim is not okay with this choice. She won’t be going along with it. Kourtney also makes it sound like Scott Disick is the only person she has ever been in love with. These two don’t seem like they are getting back together, though.

Are you excited for the new season of Keeping Up With the Kardashians? Share your thoughts in the comments. Also, make sure you don’t miss new episodes when they air on Sunday nights on E!. This new season premieres on March 31.