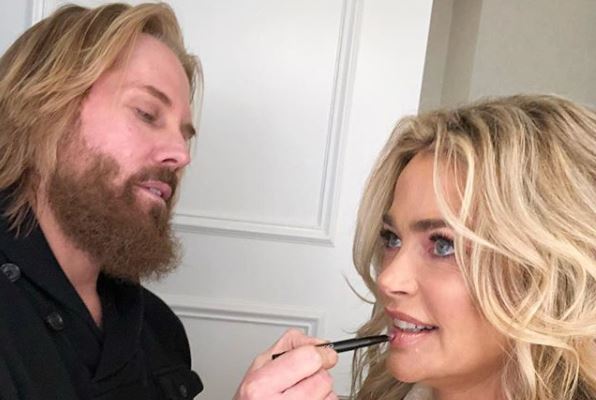 Since Real Housewives of Beverly Hills first premiered on Bravo in 2010, Lisa Vanderpump has been the unrivaled diva. More than half of everything Lisa owns is pink – her car, her hats, even her dog was named Pink. Lisa is British and she has a stoic personality that can sometimes be misunderstood as aloof. She loves to make jabs at people under the guise of jokes.

While all the ladies on the show are given ample screen time, Lisa has her own spin-off called Vanderpump Rules. Her second show revolves around the servers at her SUR restaurant. Rumors are that Lisa is getting not one, but two more spin-offs. One about her Vanderpump Dogs rescue organization and one about her new restaurant opening soon in Las Vegas. Yes, the same Vanderpump Dogs that is dominating RHOBH’s current season.

It was announced in summer of 2017 that Denise Richards had revealed that she was joining the cast of Real Housewives of Beverly Hills. The show had been missing a 7th Housewife after Eileen Davidson left after the 7th Season. (The show is currently airing Season 9.)

It is just a few episodes into Season 9 and the fans already adore Denise and her down-to-earth personality. While the other ladies travel with their own fashion, makeup and hair styling squads, Denise shows up to drinks wearing shorts. When the other ladies dress to the nines for a simple breakfast, Denise jokes in her confessional that they are all lucky she even wore a bra.

So, Denise is quickly becoming a fan favorite. Now rumors are circulating that she was a total diva during filming. Sources say she insisted the filming revolve around her personal life and her kids’ schedule. Denise is quite close with her children. She even facetimed her daughter Eloise during the girls trip the ladies took to the Bahamas.

The source also claims that “Denise acts like she’s better than everybody else.” She does make a lot of jokes on the show about how different she is from the other cast members. Particularly in regards to not having her own “glam squad.”

Denise Richards is a household name thanks to starring in movies like Wild Things and the James Bond movie The World is Not Enough. Her short-lived marriage to Charlie Sheen was tabloid fodder. They seem to have a cordial relationship now and he has given his blessing for her (and their daughters) to appear on the show. Denise says that he even watches RHOBH now that she’s on it. Charlie hasn’t been on the show, but they did show a phone conversation between them.

So, fans were surprised by the recent news that Denise had joined the cast of the daytime soap opera The Bold and the Beautiful. Reportedly, the other ladies, including her friend Lisa Rinna,  are hoping Denise will be too busy with the soap and have to leave RHOBH.

The other ladies will be disappointed to know that Denise’s contract is guaranteed for at least four seasons.

Another bone of contention for the cast members of RHOBH is their salaries. Denise makes more per episode than others who have been on the show since the beginning. Reports state that Denise earns $1 million per season because she brings “name” recognition to the show.

She already makes more than anyone else on the show. Yet, there are rumors that Denise is demanding an additional $1 million raise to return for Season 10.

The other ladies have had enough! They are all playing nice for now, but tune into Bravo on Mondays to see how much longer that lasts. Things are pretty wild this season of The Real Housewives of Beverly Hills.