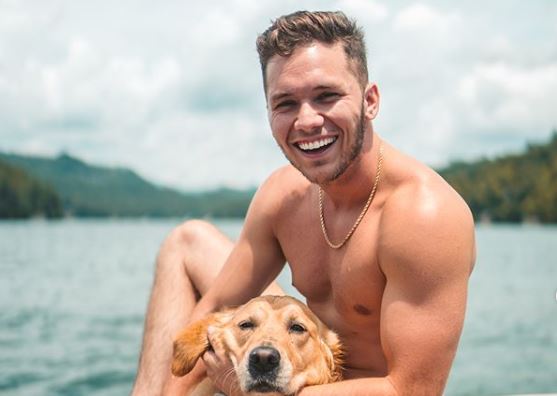 Last night on a new episode of Don’t Be Tardy Brielle Biermann went on a date with a guy named Parker. They mentioned that it was Ariana’s boyfriend’s older brother. Fans noticed that they recognized him from another reality show, though. Yes, this is a friend of Chase Chrisley.

How do you know Parker?

Everyone saw Parker and knew that they knew him from somewhere. If you watch Chrisley Knows Best, Chase Chrisley has a good friend named Parker. He has been on the show several times. Chase even posts with him on his social networks. Parker does like to play pranks on people, so Chase and he together could be a recipe for disaster.  You never know where Parker is going to show up.

Parker does also happen to be Ariana’s boyfriend’s older brother at the time the show was filmed. It appears that Ariana and Collin have split since then, though.

Brielle Biermann went on a date with Parker to a trampoline park. He even asked her if he should kiss her, but Brielle shot him down. She sounded like she wasn’t quite ready to start dating anyone yet. She recently got out of a long relationship. Brielle has even reconnected with her ex-boyfriend Slade.

It doesn’t look like Brielle ended up dating Parker. Checking out the picture below, it appears that Parker has a girlfriend. He has posts of her all over his Instagram so it looks like they have been together a while.

Thankful for this one

Did you pick up on the fact that Brielle Biermann’s date was Chase Chrisley’s friend Parker? Share your thoughts in the comments below. Also, don’t miss new episodes of Chrisley Knows Best with Chase Chrisley when they return to USA. You can also catch Don’t Be Tardy on Friday nights on Bravo.