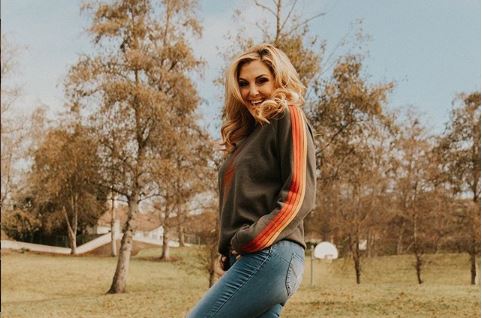 When it comes to court appearances, you don’t want to ignore them. It’s not a good idea and Real Housewives of Orange County star Gina Kirschenheiter is about to learn that lesson the hard way!

Gina has warrant out for her arrest

Following her DUI arrest in early February, Kirschenheiter was set to appear in court yesterday, February 28, for her arraignment. However, the RHOC star was a no-show and the Orange County Superior Court judge was not having any of it. According to FOX 11, the judge issued a warrant for Gina’s arrest!

All About The Tea reported that Kirschenheiter was pulled over and arrested for driving under the influence in Orange County on January 31. However, she was not officially charged with anything until February 15. At the time, she was set for an arraignment on February 28 and we all know how that ended up!

Life’s a roller coaster of ups and downs. I prefer to smile my way through it. ❤️ @calliegirlboutique @andrea.harbison.hair @ehm.murph.hair

Gina offered an apology for her arrest

Following her arrest, Gina offered an apology on her Instagram page, in which she shared a photo saying, “The best apology is changed behavior.” She captioned it with a lengthy apology, as she said, “It’s terrible that this has become a social norm. I am disappointed in myself and that I am a part of this social norm. Especially since everyone who knows me knows I’m the queen of Uber/Lyft. This didn’t happen to me. I wasn’t ‘unlucky’ I made a conscious decision to do something epically stupid. One time is one time too many. I am awake now. I can promise this will NEVER BE ME again.”

This next part is kind of funny, especially with the latest happenings and the arrest warrant issued for her. Gina wrote in her apology, “To all of you who wrote me with pain in their hearts about how drinking and driving has had a negative impact on them and their families, I hear you. Thank you. I make this promise to each one of you with your messages in my heart…. I am committed to this cause and hope to effect a positive change and dialogue. You don’t have to believe me with these words, but I hope over time you will see through my actions.”

Well, she didn’t appear in court for her arraignment, so her actions are already speaking wonders! No word is out yet on what Gina plans to do. Hopefully, she turns herself in for the warrant.