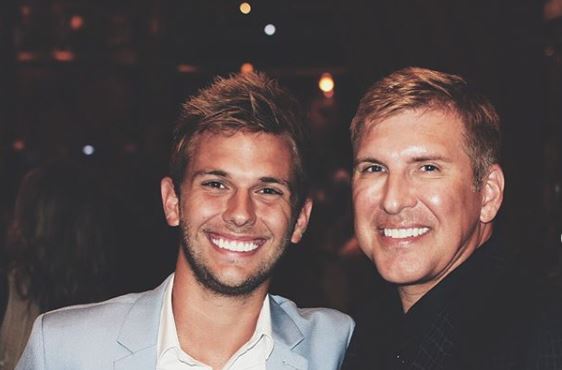 It looks like Chase Chrisley of Growing Up Chrisley might have a new girlfriend already. Not long ago, Chase was all over his social networks sharing about Lindsey Merrick. These two then quit posting about each other and Chase took down all of her pictures. He never even mentioned a split to his fans.

Chase posts about a girl only as a friend

It does appear that Chase Chrisley has a new girlfriend. He has been sharing about her on his Instagram, but at first only as a friend. In this photo, he is with her but doesn’t say anything about dating.

Blessed with the best friends anyone could ask for

Chase also posted about her on her birthday and another friend. He was saying that she was just a friend. If you check out the post below, it shows what Chase put. It didn’t seem like anymore was going on at the time.

Happy birthday to my two favorite human beings!! Thank you both for being the friends you are!! Love you long long time @madisonbrainard @taytayy0119

Chase made a new post today that looks like he is now dating Madison Brainard. If that is the case, then it could be a great relationship. Sometimes the best relationships start out as friendships. So far, the couple hasn’t admitted they are dating. The new post that Chase made today looks like they are a lot more than friends. Check it out below and you can decide.

Now, Madison’s page doesn’t say a thing about Chase just yet. She might be waiting to share. It is going to be interesting to see what happens next. None of his family follow her yet either, so maybe that is coming next.

Are you shocked to see that it looks like Chase Chrisley is already moving on? Share your thoughts in the comments below.