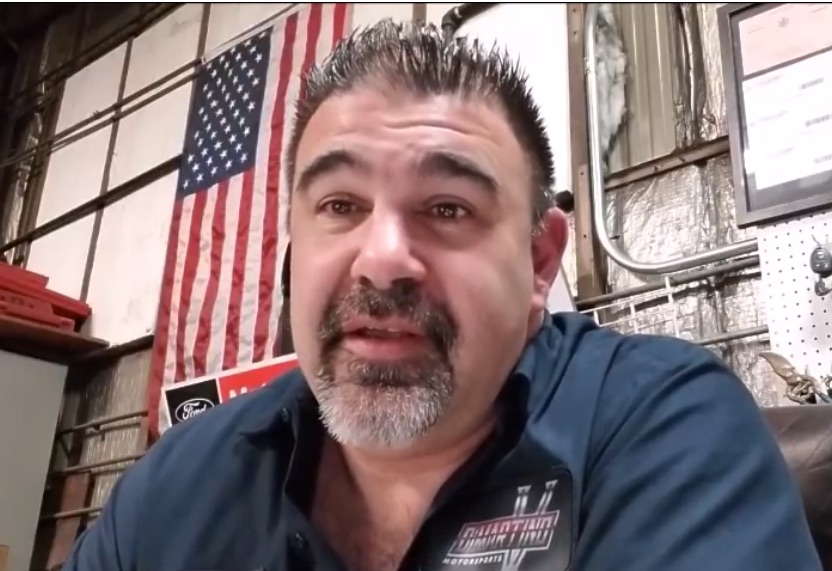 The American Chopper reboot is back for Season 2. Paul Teutul Sr., Paul Tueutul Jr., Mikey Teutul are back for bikes and drama. There are even some old faces returning, including fabricator Rick Petko. But there is one familiar face that is still missing. Those who were fans of master mechanic Vinnie DiMartino are noticing his absence for the second season in a row. Will Vinnie be back for Season 2?

Vinnie DiMartino and the Teutuls go way back, all the way from childhood. Vinnie grew up around auto shops, originally worked for his dad’s, at the time he was a teen. In high school, he befriended Paul Teutul Jr. who obviously had a lot in common with Vinnie. In 2002, at the age of 30, Vinnie started to work for Senior, alongside his pal Junior, at Orange County Choppers. A year later, the Teutuls and all the staff at OCC were featured on a new show called American Chopper, that became an instant success.

Vinnie’s skills and talent made him a big part of the American Chopper success. He was a fan favorite. Clearly, a guy with that much talent wasn’t going to work for someone else. About five years later, Vinnie went out on his own with Cody Connelly. The pair started V-Force Customs, which lasted about six years. In between that, Vinnie did some work with Junior, at his new rival bike shop called Paul Jr. Designs. This was all documented on American Chopper: Junior VS Senior. But it was not until recently that we learned some of  Vinnie’s back story, and why he is not on American Chopper now.

Where Is Vinnie DiMartino?

Despite his appearance on Junior VS Senior, Vinnie surprised fans by not returning for Season 1 of the recent American Chopper reboot. Will fans of the show see Vinnie be back to work at Paul Jr. Designs? It doesn’t look like it. On Vinnie’s very popular YouTube channel, he explained that he now owns a shop and does the regular car maintenance.

He further explained that although he still loves to tinker with bikes, it is no longer practical to own a shop. He quickly learned that to own a business building custom bikes, you need time to tinker, and that can cost money in labor. To be a success in owning a bike shop, he stated that you have to “bump out bikes.” In order to survive, you need to “have low overhead.” Then he joked that there is a magic formula, and that is to have to have a tv show as it “always makes it easier.”

Why did he join Paul Jr. Designs? After some time, he agreed to work with Paulie as a contractor. He was still with V-Force Customs. He had zero interest in returning to OCC and working with Senior. At that time, Vinnie saw the advantage of working with his good friend, as he owned his own shop.

Vinnie Won’t Be Back

Vinnie DiMartino explained that when the American Chopper cameras stopped rolling in 2012, he stopped working on bikes. He sold his water jet and then transitioned into auto repair, like his dad. He loves his customers and the work he does. Yes, he would like to tinker with custom bikes in the future, but he is only interested in his family, and staying away from the OCC drama. Does Vinnie see Paulie? Absolutely. But, both men are busy with their families. Vinnie has three daughters and a namesake son, who is also interested in becoming a mechanic. Clearly, Vinnie will not be back, but he doesn’t seem to miss it. He seems content with his life and has moved on from the reality show.

Do you miss Vinnie from American Chopper? Share your comments and favorite Vinnie moments below. American Chopper Season 2 currently airs on Discovery on Tuesday nights.

Grayson Chrisley Uber Cozy With New Girlfriend, Did He Save Her?
Jenelle Evans’ Hubby David Gets Roasted AGAIN, Why?
‘Before The 90 Days’: TLC Has FIRED Alina Kozhevnikova For Racist Actions?
Tyler Cameron Set To Show Off His Moves On Fox’s ‘Real Dirty Dancing’
Duggar Fans Demand Receipts From Amy King, What Did Katie Joy Say?