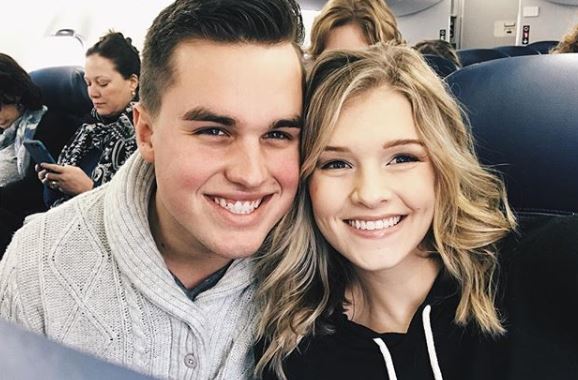 Bringing Up Bates star Josie Bates Balka just shared big news. She is pregnant with her first child. In Touch Weekly shared the news that Josie just shared. Josie actually married Kelton Balka back in October 2018. It looks like the pregnancy must have happened not long after they got married.

Josie Bates is sharing the details about her pregnancy. She is due in July of 2019. So far, they aren’t sharing the name of the baby or even the gender. The couple may decide to keep a few things a secret. It turns out that Josie Bates has been dealing with a lot of morning sickness. She also had to give up coffee, which probably wasn’t easy. An inside source shared saying, “Josie is obsessed with coffee. But since becoming pregnant, she cannot even stand the smell of coffee.” That could be something that changes once she has the baby.

It will be interesting to see if Josie shares a lot of news about her pregnancy. She is usually pretty open about things. Fans would love to hear updates from her and see baby bump pictures.

The couple got married back in October, but it is just now going to end up being aired on the show Bringing Up Bates. The show will air on Thursday night and everyone will finally get to see the wedding. Because the show airs so far behind they are just now showing it five months later.

We are all getting ready for the big one-hour wedding episode of #BringingUpBates, this Thursday at 9PM ET on UPtv. Trust us, you will not want to miss it. 👔 💒 #UPliftingEntertainment #ValentinesDay #WeddingDay

The couple seems to be enjoying being married. They both are always posting about their date nights on social media. They seem very happy together and a baby seems like the perfect next step for them.

Are you excited to hear that Josie Bates is pregnant with her first child? Share your thoughts in the comments below, and don’t miss new episodes of Bringing Up Bates on UPtv.