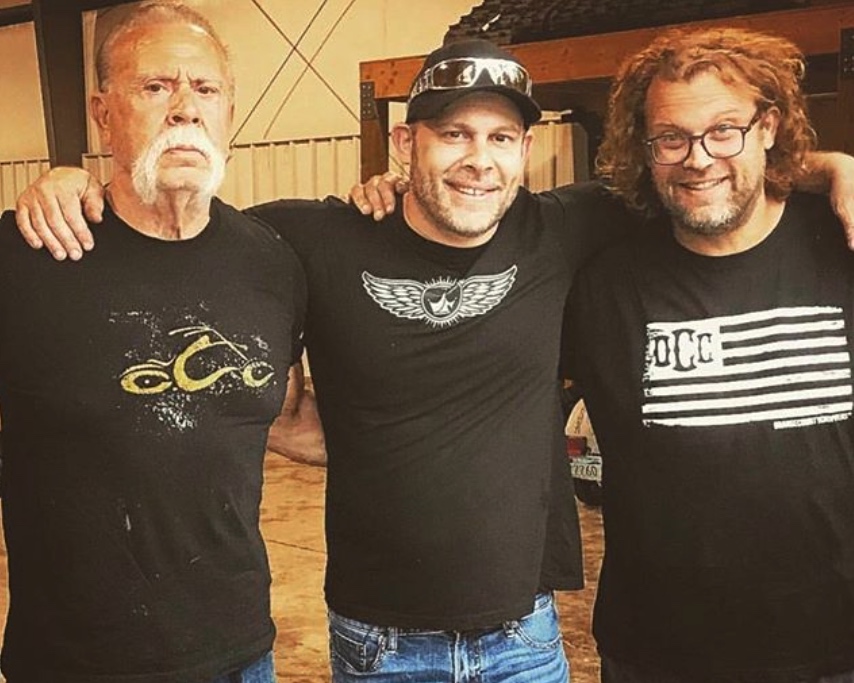 American Chopper is back for Season 2 on Discovery. Are Junior and Senior going to continue to play nice? When is the show starting and why will bike shop owners Senior and Junior be rebuilding a car this season?

Will The American Chopper Car Build Bring Senior And Junior Closer Together?

Paul Teutul Sr. and Paul Teutul Jr. are still working on their relationship. Last season, it was the repair of the iconic Yankees bike that brought Junior and Senior into the same garage and talking. This season, Senior bought a ’51 Buick to help further repair his relationship with his namesake son.

Senior actually bought it as a fix-up car believing this was an opportunity to unite his family together. This type of car is no accident. His grandfather had a ‘51 Buick, and grandma would clean it up. It felt sentimentally fitting that Senior buy the same sort of car, and he hopes he can create new family memories.

As for Paul Jr. Designs, they are building a streamlined bike for the MLB Network that promises to be one of Paulie’s best designs ever. The font tire resembles a baseball, trimmed in white with red laces. Paul even got Baseball Tonight co-host, and former MLB infielder Sean Casey to ride a bike in an epic preview to the episode.

What should make this build all the more interesting is that Senior is the one that recommended Junior do the build for the MLB Network. Surely, this intriguing scenario will play out during the season, and perhaps bring father and son closer together.

Between Season 1 and 2, Paul Sr. had some very serious financial troubles. Senior filed for bankruptcy protection. His house was foreclosed and his 2009 Chevy Corvette was taken from him. It now appears that with the return of American Chopper, his income has increased and he can deal with his payments. His financial woes had to do with a decreased business at his shop during the economic crisis a few years back. But returning to television is not the only change that has improved Senior’s finances.

Now Senior is working with Bubba’s Exotic Motorsports Group on his first ever affordable retail line of bikes called the “Senior Series.” This new relationship will be a big part of American Chopper Season 2. According to PR Newswire, Paul Sr. designed this inaugural line of bikes based on his original bike design, that now include all of the new technology and “modern features” that owners want now. Senior likes the combination of “old school looks with the modern-day reliability.” There are two designs that are both “springers,” which means that the bikes have front suspension with springs, as well as springs in the seat. All of these springs makes the ride more comfortable. One of the bikes has a “soft tail design,” while the other a “rigid” design that does not include a rear shock absorber. Now anyone can affordably own an original Senior design.

All-new episodes of #americanchopper start tomorrow, Tuesday, Feb 12, at 10 pm E/P on @discovery. Excited for people to see how the @MLBNetwork Bike turned out. pic.twitter.com/UuXvJderGG

One thing that may confuse longtime American Chopper fans is that the show aired for 10 seasons. Then the show as canceled. Next, the show was rebooted, the new episodes starting back to Season 1. On some sites this season is called Season 2, while others consider it Season 12. Don’t let this confuse you. Whatever you may call it, Senior, Paulie, Mikey and the gang are back again on February 12 for more building and surely more crazy Teutul family drama.

‘Joe Millionaire’ Contestant Sent Home After ‘Shooting Her Shot’ At Crew Member
Amy Roloff Says She Misses Chris Marek Already, What Happened?
Why It May Be A While Until Hallmark’s Makes New ‘Mystery 101’ Movie
Alana Thompson Breaks Silence On ‘Fatphobia’ And Drug Abuse
‘Bringing Up Bates’ Cancelation: Did Kelly See It Coming Months Ago?