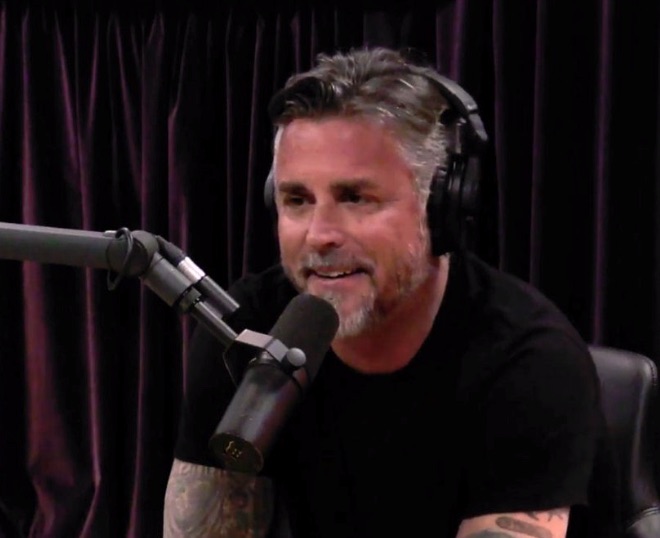 Richard Rawlings Got His First Car At 14

Even before he could legally drive, Richard Ray Rawlings got his first car, an acid green Mercury Comet 1974, at the tender age of 14. Surely, his classmates thought he was some sort of gearhead, but it looks like he knew what he wanted to be when he grew up. According to Hot Cars, he claims he spent a good part of his youth doing donuts in the high school parking lot.

Richard Rawlings Was Born An Entrepreneur

When most high school students were working their first job making pizzas, or babysitting, Richard was flipping cars. Early on, Richard got a taste of his future career. By the time he completed Eastern Hills High School, he owned and flipped 20 vehicles.

Richard Started Out As An Officer And A Fireman

Richard started out as a police officer, complete with gun. He told Joe Rogan that he even carried a gun at the tender age of 19. His public service didn’t end there. He was also a firefighter. Eventually, he went into advertising and then back to his love of cars. What brought him to tv was that he realized he could do so much more. He realized that the car and motorcycle shows on tv only appealed to guys, as his wife and kids stayed away. He knew that he had what it took to fill that niche.

Richard and Dennis Raced The Cannonball Run And Set A Record!

Way before Richard Rawlings created his Gas Monkey empire, he and his friend and business pal Dennis Collins raced the Cannonball Run in a modified Ferrari 550 Maranello and even set a record. Most people know of the Cannonball Run as a Burt Reynolds movie, but it is a real cross country race. Like the movie, the drivers start out in New York City and race to a California finish line. The rules of the trans-continental race states that each car can have as many passengers as they want and go any route they choose. In 2007 the pair set a record of 31 hours and 59 minutes, with an average speed of 87.6 miles per hour, breaking the 1979 record. Wow!

@GarySinise teams up with @FastNLoudTV's Richard Rawlings to auction off a customized Jeep CJ-7. They raised $1.3 million for the Gary Sinise Foundation, which benefits veterans, first responders, and their families. #FOX10Phoenix #GarySiniseFoundation pic.twitter.com/fBTlb95qsn

Richard Rawlings is not one to sit tight and mull things over. His mind is quick and so are his decisions! He believes that the key to his success is to do things fast, as if he is running a race. He believes in fast car flipping, fast decisions, fast movement. Where Richard Ray Rawlings does slow down is his anger. He has long stated that he wanted to create family shows and not have the same sort of meanness and drama of American Chopper. Now he is trying to teach his same sort of successful entrepreneurial tactics to other garage owners on Garage Rehab. Maybe he should have called his business “Fast Monkey”?

Recently, the Garage Rehab star worked with Forest Gump actor Gary Sinise. The pair worked together to auction off a 1981 Jeep CJ7 at Barrett-Jackson. The money was to benefit the Gary Sinise Foundation that helps veterans, a group of people Richard cares greatly about. According to The Classic Cars Journal, the Gas Monkey Garage team updated the Jeep to emulate the 1976 Bicentennial Super Jeep. In True Fast N’ Loud fashion, the engine was upgraded from a 4.2 liter, to a BorgWarner T150 3-speed, manual transmission. Appropriately decorated with the colors of the flag, along with stars and stripes, a mere 17 were made of the 1976 original. So, it is no surprise that this beautiful updated Jeep fetched $1.3 million dollars.