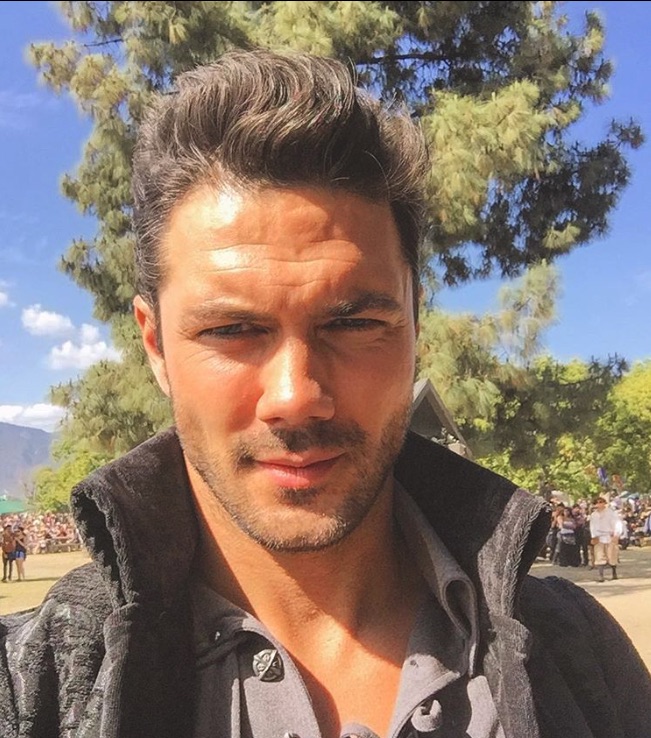 Former General Hospital star Ryan Paevey has a new movie coming out called BFF Bride. What do we know about the movie, and how soon can his legions of fans see it?

BFF Bride: What We Know Now

In BFF Bride, Ryan Paevey plays Ted Cooper, Y&R star Kelly Kruger plays Kimberly Kentwood and Jocelyn Hudon plays Jessica. Andrew Cymek is the director, and we know that it was filmed in Ontario, Canada, but not much else besides the photos. Ryan is definitely the groom, and Kelly does wear a bridal gown. It does appear that perhaps Ryan’s character was going to marry one of the women, but wound up with the other? It looks like we have to wait just a bit longer to get all of the details. Now the question is where can Ryan Peavey fans see BFF Bride?

Back in October, when Ryan visited the On The Rocks Radio show, he mentioned that BFF Bride was most likely going to Hallmark. He didn’t believe it would go to the regular Hallmark channel, but to one of the side channels. Turns out, he was right. Super Channel Heart & Home announced on January 11 that BFF Bride would air there later this year.

As of now, IMDB states that the movie will be released in Canada on February 1, but as for now, there is no American release date. There is some speculation that BFF Bride will be released in the states sometime in the summer, but the Super Channel Heart & Home will surely let fans know when they will air it.

Behind the scenes of a photo shoot for Ryan’s new movie, ‘BFF Bride’ — currently filming in Toronto, with Kelly Kruger. pic.twitter.com/wbZwA3i710

What Is Next For Ryan Paevey?

In his radio interview, Ryan also mentioned that there will be a Darcy sequel and perhaps even more on Hallmark. Hallmark has not revealed their plans for the franchise, but it appears that they have some pretty big plans. Fans who have seen Unleashing Mr. Darcy and Marrying Mr. Darcy will surely relish much more Donovan Darcy in the near future. The movies are based on the books by Teri Wilson, who in turn, based these characters on Jane Austen’s Pride and Prejudice, but with dogs, particularly Cavalier King Charles Spaniels.

There is even more news. Paevey has even mentioned that Hallmark is considering a possible sequel to Harvest Love. What we also do know is that Ryan will be filming an episode in an unidentified series in the near future. His agents Justice& Ponder have been pretty secretive so far. As for returning to Port Charles and bringing back his General Hospital character Nathan West, Ryan is clearly grateful to play Nathan West but is not interested in returning to General Hospital permanently. Instead, he is open to “ghost Nathan” visiting Maxie and others. He has a lot on his plate so any sort of supernatural Nathan visit will have to be short.

Are you looking forward to BFF Bride? Do you want him to return to General Hospital as Nathan West? What is your favorite Ryan Paevey role? Please share your opinions and comments below. Make sure to stop back for any Ryan Paevey news and movies.