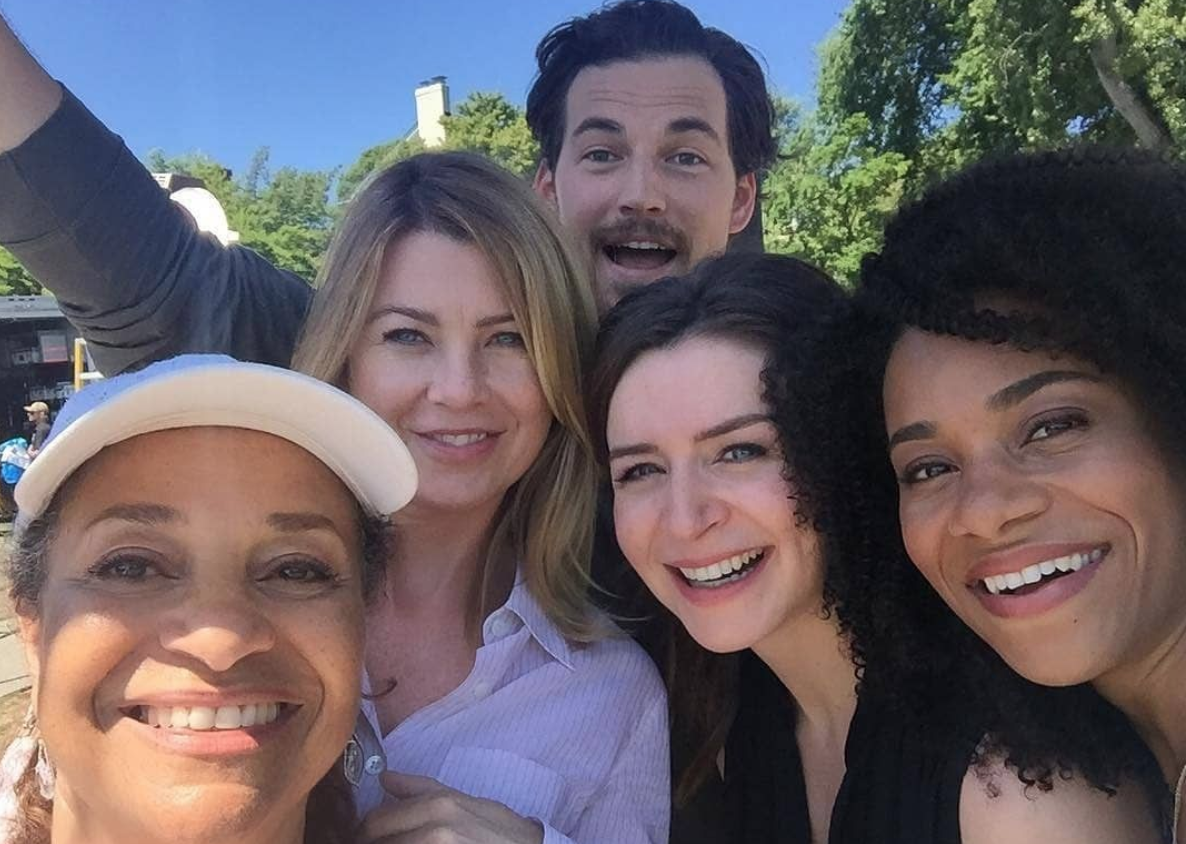 Seaon 15 of Grey’s Anatomy hasn’t ended yet, but there’s already some rumors going around about what’s to come in season 16 and even beyond that. A lot of what happens will actually depend on Ellen Pompeo. This makes sense seeing as she is the main character.

What will happen next on Grey’s Anatomy? According to Cosmopolitan, it looks like the new season should premiere in September of this year. As for the cast, the only person guaranteed to come back is Ellen Pompeo herself. Please let Alex Karev return!

GOODFELLAS For real. I have known these guys forever and they are more than friends…they truly are family. I Love them all so much. Not only are they great actors but they are just as decent as human beings can get. @dizmihok @adamrodriguez @mrwupass ❤️

Cosmo thinks that viewers will probably still see the staple characters like Bailey. She’s made it through shootings, storms and car crashes, hopefully they can keep her around for the rest of the show.

What Happens After Season 16?

This COULD be Ellen’s last season of being Meredith Grey which is certainly a reason to panic. With no Meredith, there’s no Grey’s Anatomy worth watching. In addition, what will they do to her? Grey’s does not care who it kills or how it happens so there’s a good chance a tragic accident will cause her to leave the show.

Ellen told Entertainment Weekly, she’s not ready to make the announcement but she also realizes that the show has pretty much told all the stories it can tell at this point.

“I’m clearly not prepared right now to make any formal announcement about what my future is on the show, but I am really feeling like we have told the majority of the stories that we can tell,” Ellen said. “It’s about time that I mix it up. I’m definitely looking for a change.”

Her ex-co star Patrick Dempsey made that same decision a long time ago when he left Grey’s Anatomy, leaving his legendary character ‘McDreamy’ to die in a tragic car accident. A lot of fans still haven’t recovered from that tragedy.

Ellen did confuse everyone a bit, though. TV Line shared a statement from here yesterday and here is what it revealed.

“It’s pretty nice place to work.I like my situation here. As much as the idea of something new appeals to me… the truth is I have three kids. I don’t really want to travel and leave [them]. I don’t want to be a circus traveller and live in hotels. And the network and studio continue to incentivize me and just make me offers that I can’t refuse.”

It really sounds like she isn’t even sure what is going to happen. Everyone will just have to wait around and see.

Are you excited to see what happens next with Meredith and her love triangle on season 15? Let us know who you want her to end up within the comments and be sure to watch the mid-season premiere on tonight!