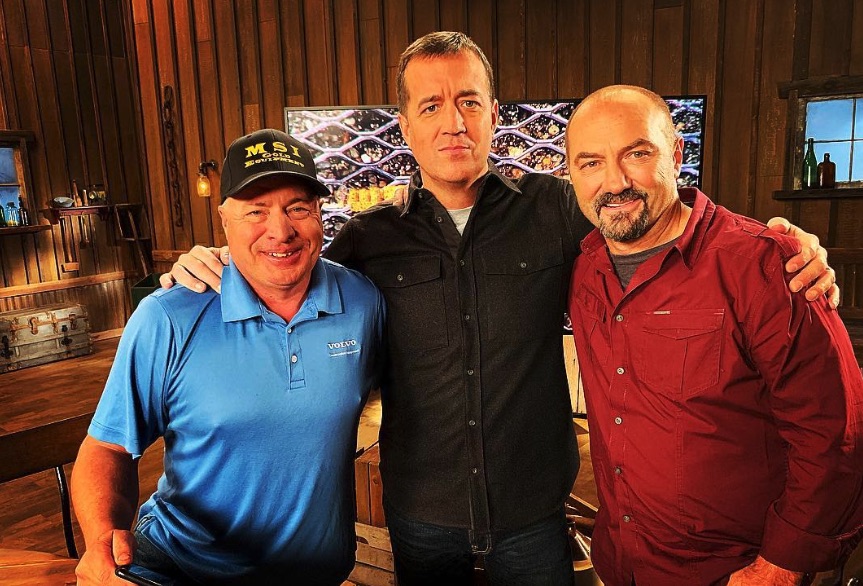 Dozer Dave Turin and Freddy Dodge were recently on The Dirt talking about old times and gold mining. Christo Doyle, host of the Discovery Gold Rush chat show was pushing both to see if either was interested in coming back to television. Could the former Todd Hoffman team members have their own show on Discovery next season?

Dozer Dave went to Facebook to talk to his fans about his new show. He traveled around the United States looking for some mines to check out. What he found was some cool things including some old abandoned mines and some great history. He also met some “really neat people.” Fans of Dozer Dave can now go to Discovery Go to follow Dave’s journey and see his encounters with mines and the characters he meets.

Turin, who was a major part of the Hoffman crew for seven seasons still loves the gold game and the gold quest and everything related to it. When he was recently on The Dirt, he spoke about the fight with the disrespectful Trey Poulson that ended his time on Gold Rush and the Hoffman crew. He confessed that if he could take back his actions he would. He thinks about this fight all of the time.

Freddy Dodge Has Been On Gold Rush Season 9

Unlike Dozer Dave, Freddy Dodge has been seen on Gold Rush quite a bit this season. Although Todd Hoffman and his crew are no longer on the show, “Cowboy Dumpling,” as Karla Ann has nicknamed him, has shown up and saved Rick Ness and his crew’s season many times over. With his characteristic calm demeanor and a quick wit, Freddy can solve any sort of problem so that the crew can get back to work.

Freddy has spent over 40 years helping out companies with their washplants and overall gold mining setup. He can quickly identify any problem, and solve those problems in a timely way so that the owners can go back to mining gold and making money.

.@FreddyDodgeGR is BACK and he's not impressed with @GoldrushRick's sluicing.

Get a sneak peek at this Friday's episode. pic.twitter.com/cM5JGD8Rhn

Could Freddy Dodge And Dozer Dave Have Their Own Show?

Christo Doyle, the host of The Dirt point blank asked Freddy and Dave about returning to Discovery. Of course, Dave has his own show on Discovery Go, but perhaps Gold Rush could extend into a longer show so that the cameras could follow the former key Hoffman crew members mine some serious gold? What was their answer? Both looked a little sheepish. Whether they extend Gold Rush or decide to follow Dave and Freddy for their own show, both men looked as though they missed being on Discovery. Christo looked thrilled at the prospect of Freddy and Dave returning to television.

As for Todd, what is the latest with him? As of now, Todd Hoffman is not coming back to Gold Rush anytime soon. He has his own new show, Greenhorn Gold, hopefully coming out soon. He is currently in off-season meetings, with a major meeting on January 24. Could Todd Hoffman get his show on a network and compete against Gold Rush? We may know very soon!

Could the return of Dozer Dave and Freddy Dodge replace the loss of the Hoffman crew? Earlier this year, did you see The Dirt with Freddy and Dave Turin? How do you feel about the return of both of these stars? Would you rather see them return to  Gold Rush or maybe have their own show? Share your comments and predictions below, and don’t miss watching the latest episodes of Gold Rush Season 9, and Gold Rush: White Water on Fridays on Discovery.