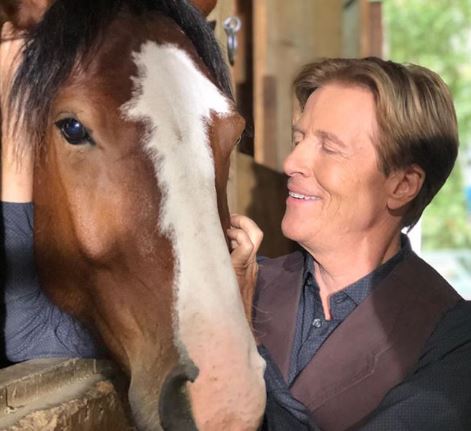 Jack Wagner is best-known for his time on General Hospital and When Calls the Heart. He recently went to his Instagram to share about a devastating loss in his life that happened last year. Jack’s older brother has passed away. These two were very close to each other.

Jack posted on Instagram about the loss of his brother. In this post, he shared that his brother was his best friend. Here is what he had to say about it on an Instagram post.

#R.I.P. my brother, my best friend, my mentor, your missed & loved🙏

A death in the family is always hard, but you expect your parents to die before you. When a sibling dies before you, it can sometimes come as a pretty big shock to anyone. His post said, “#R.I.P. my brother, my best friend, my mentor, your missed & loved?.” Jack Wagner didn’t go on to explain what happened or how his brother passed away., but the details are out there.

What caused his brother’s death?

Jack’s brother died on January 5, 2018. He was actually diagnosed with leukemia in 1999 and even received a bone-marrow transplant. He was able to live a long time with this, but it is finally what ended up causing his death. Now Jack is remembering his brother. It is hard on him still a year later.

His brother’s name was Dennis Wagner. On Twitter, Jack shared saying, “Celebrating the life of who many of you knew. Your missed & loved my friend, my brother #RIPDennisWagner.” Dennis was married to Patti for 43 years. The couple had two sons together named Jeff and Jon.

Jack Wagner’s brother is the reason that Jack has worked hard to help support cancer research. Over the years he has done several golf tournaments for this reason. Hopefully, he will continue to work hard to support this cause.

Right now, Jack Wagner fans are waiting for a new season of When Calls the Heart. This show will be returning to Hallmark with new episodes soon.

Don’t miss watching Jack Wagner when the show When Calls the Heart returns for a new season. You also never know when Jack will show up on a new episode of General Hospital.