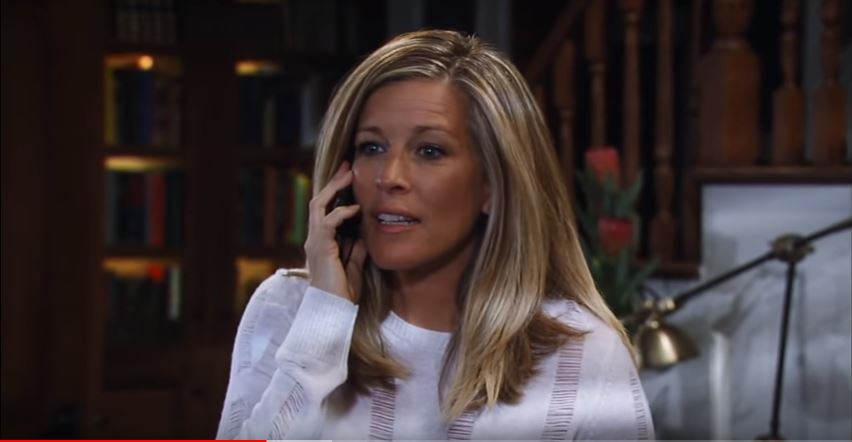 General Hospital fans are now speculating that Laura Wright might be engaged to Wes Ramsey. These two have been dating a while. Pictures are being shared all over that make it look like Wes popped the question. So far, these two haven’t confirmed the news. It wouldn’t be surprising at all if they already took this next step in their relationship.

Check out the picture below that looks like a big engagement ring on Laura Wright’s finger. Wes looks pretty excited in the background as well probably because they are engaged now. As you can see it says last night in Tulum. Laura Wright has been sharing photos on her Instagram that they are there on a trip. It looked like the couple had a great time while they were there together from all the pictures. 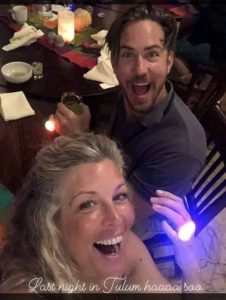 Could the engagement be real?

The fans would love if Laura Wright and Wes Ramsey were now engaged. They work together on General Hospital where she plays Carly Corinthos and he plays Peter August. They seem like a perfect couple. Now that they are able to work together that does make things easier on them to spend time together.

For now, everyone has to wait for Laura and Wes to reveal what is going on with them. There is a lot of speculation that they are engaged the picture explains why everyone thinks that as well. Maybe they are waiting to make a big announcement when they get home again. There is no word yet on where the picture is coming from or how the fans got a hold of it. If you check both of their Instagrams, you can see that they haven’t shared it there just yet.

A little over a year ago, Soaps in Depth shared that Laura was speaking out about her divorce after 20 years and moving out to start dating again. She has two children with her ex-husband John and they are still co-parenting their children together. Luckily, these two were able to stay friends through it all.

Do you think that Laura Wright and Wes Ramsey are engaged? Let us know in the comments below and don’t miss watching new episodes of General Hospital on weekdays on ABC.