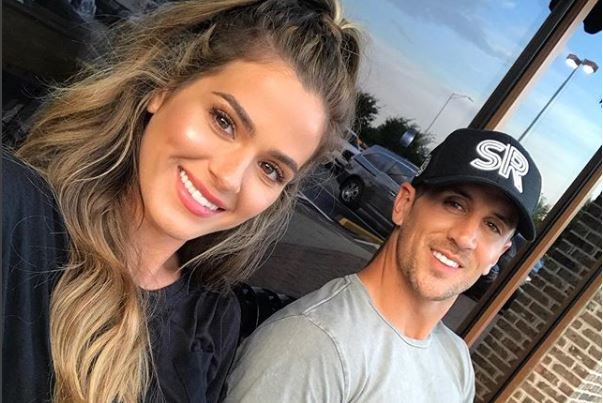 Bachelorette stars JoJo Fletcher and Jordan Rodgers have been engaged for quite some time now, which means they’re not in any rush to get married. Have they been thinking about a family? The answer is yes! Another question fans are asking is, when is this finally going to happen?

JoJo and Jordan’s plans for children

Jordan is known for being the lucky guy to win JoJo’s heart on her season of The Bachelorette. You may also know him for being the brother of the famous Green Bay Packer, Aaron Rodgers. JoJo and Jordan have been engaged for a couple years now, so what are their plans for the future? The answer is babies and lots of them!

The reality show power couple wants a big family. The two sat down with JoJo Fletcher’s parents to discuss the couple’s future family goals. JoJo talks about what her mom would like the future to look like by saying “Well, you know, mom keeps saying, I’m ready for you guys to have one!” Jordan stated during an interview, “We’re gonna have seven kids,” JoJo then reacted to that by saying  “What?! Seven kids?” So how many kids do the couple actually think about having? JoJo also talks about how she doesn’t want to have kids before they get married.

Might need to practice those conflict resolution skills tonight after I have to resolve the conflict of why she wants to kill me for posting THIS photo 😂😂 #shestillcutedoe Tonight on @jojordanengaged for the VERY FIRST TIME we talk publicly about just how difficult life was after the show and how our relationship was truly tested to the limit — and why that made us strong enough to endure our significant others posting even the most embarrassing photos!! 😎 But seriously…we get real here y’all! New link in bio!! #jojordanengaged

What is taking the couple so long to get married? The former Bachelorette states “People are waiting on it, but what I have learned in life is that you can’t do anything for other people,”. Fans are actually very proud of the couple for not doing things to please other people. JoJo also talks about how she doesn’t want a wedding filled with reality stars that she doesn’t know. “We would never do a wedding that was just filled with a bunch of Bachelor people that we don’t even know because that’s not us.”

Fans are waiting to see the future of the engaged couple unfold. How many kids will they actually have? When are they going to finally tie the knot? Stay tuned for more updates! Also, watch the upcoming season of The Bachelor with Colton Underwood in January on ABC.