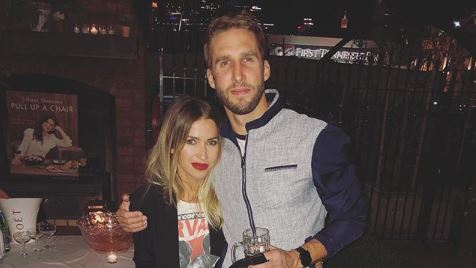 The loved Bachelorette stars, Shawn Booth and Kaitlyn Bristowe’s relationship has fallen off the edge. The split of the two wasn’t easy for Kaitlyn to talk about, she was extremely emotional. As some viewers know, Kaitlyn Bristowe designed a company for scrunchies called, ‘Dew Edit’. Her fans are obsessed with these cute fashion statements!

Kaitlyn Bristowe shares why they waited to reveal the split

Kaitlyn was receiving messages on both her company and personal pages saying things such as “We know it’s over, just tell us already”. The Bachelorette states that she “just wasn’t ready” to accept the fact that their relationship was finally over. Bristowe also says that it has been a “really hard few months” and that she really thought they would “get through it”. The final thing the couple had realized before the split was that there were “important fundamental values that weren’t lining up,” and they’d “probably never see eye-to-eye on” some things. The couple had been together for three years before calling it quits. They seem as shocked as fans were that it was over.

Kaitlyn’s excited for her future

Kaitlyn Bristowe also talks about how excited she is for her future while stating  “it has let me close the door on that thought of forever and start envisioning my new future ahead,” then saying “Which I am excited about and I hope from all of this I can choose to look forward and not in the rearview mirror of what it could have been, and what could have been different.”. Fans love both Shawn and Kaitlyn and wish the best for them both. Shawn Booth also gave his own statement on the split recently. Neither one has anything negative to say about the other.

Kaitlyn’s Instagram followers are super stoked to see the progress in ‘Dew Edit’ and Kaitlyn’s future. As much as they wish the two of them could have had a happily ever after together, Kaitlyn isn’t giving up on love and neither is Shawn. Who will Kaitlyn’s new interest be? Will Kaitlyn reappear on any upcoming seasons of the Bachelor? Stay tuned and watch the new upcoming season of the Bachelor with Colton Underwood on ABC starting in January.