You’d think it would be hard to smile through a recent diagnosis of multiple sclerosis, but Christina Applegate is proving you wrong. She was nominated for the Screen Actors Guild Awards for her role in Netflix’s Dead to Me, and her reaction is a testament to her strength and ability to focus on the positives in her life.

Christina Has Received Multiple SAG Nominations in Her Career

Applegate’s first SAG nomination was for Best Actress in a Comedy Series for her role as Kelly Bundy on Married With Children between 1987 and 1997. She received a nod by SAG-AFTRA (which merged with AFTRA to create SAG) in 2005 when she was recognized as part of an ensemble cast on NBC’s The West Wing. In 2018, the actress was first nominated for her role in the Netflix hit Dead to Me. She also received a nomination for best actress in a comedy series at that time but did not win the award.

Nominated: Outstanding Performance by a Female Actor in a Comedy Series

Upon news of her nomination, Christina said: “Thank you @SAGawards for this nomination today! I have been a proud member of this union since 1975. I’ve had an incredibly hard year, and today this made me smile. Much love to my peers and to my sweet Jean Smart and the other incredible ladies I walk beside.”

Her MS Diagnosis Has Been Difficult

Applegate was diagnosed with multiple sclerosis (MS) in August 2021, which affects how your brain processes information from your body’s nerves. MS can cause symptoms like vision problems, numbness or tingling in arms or legs, and fatigue. Some people with MS have other symptoms or none at all.

She has asked for privacy as she deals with the diagnosis. Christina hasn’t made many public appearances since making her announcement.

“It’s been a strange journey. But I have been so supported by people that I know who also have this condition. It’s been a tough road. But as we all know, the road keeps going. Unless some a****** blocks it,” Christina posted about her MS journey months ago.

“As one of my friends that has MS said, ‘we wake up and take the indicated action’ and that’s what I do. So now I ask for privacy. As I go through this thing. Thank you xo.”

In regards to Dead to Me‘s final season, Christina said “shooting the show was the hardest thing I’d ever done in my life because I was diagnosed during shooting. I didn’t know what was happening to me.” She had to use a wheelchair because walking to the set was too difficult.

Christina Applegate is one of many SAG nominees this year. The SAG Ceremony will air on February 26, 2023 at 8 PM EST. 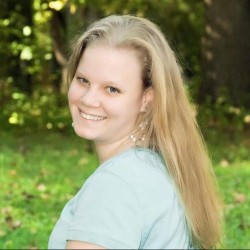